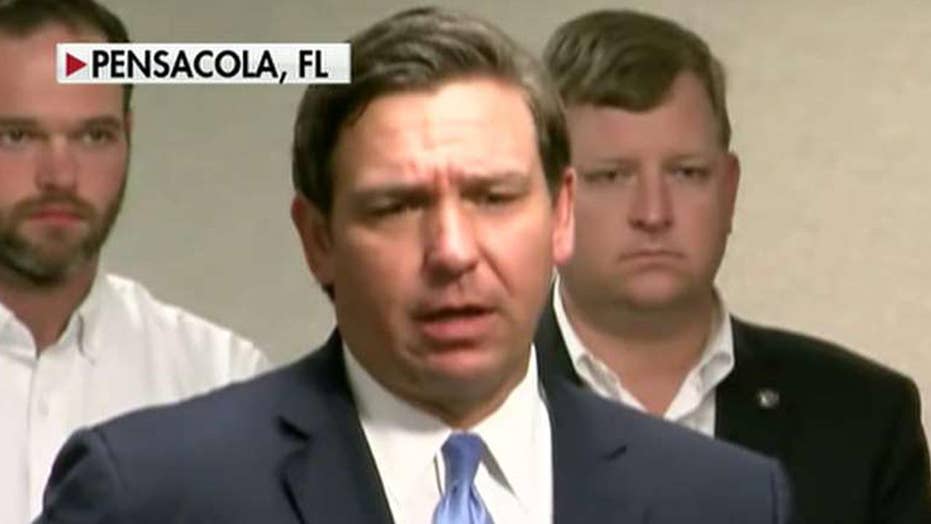 The FBI is investigating the incident as an assumed act of terrorism.

Florida Gov. Ron DeSantis on Sunday urged stronger security “precautions” for foreign nationals training on U.S. military bases after a Saudi gunman shot and killed three people at the Pensacola naval base Friday, in an attack believed to be an act of terror.

DeSantis delivered the remarks during a Sunday news conference, calling for more substantial security vetting of foreign nationals before they head to the U.S. for training.

“My view is that for us to be bringing in these foreign nationals, you have to take precautions to protect the country," the governor said. 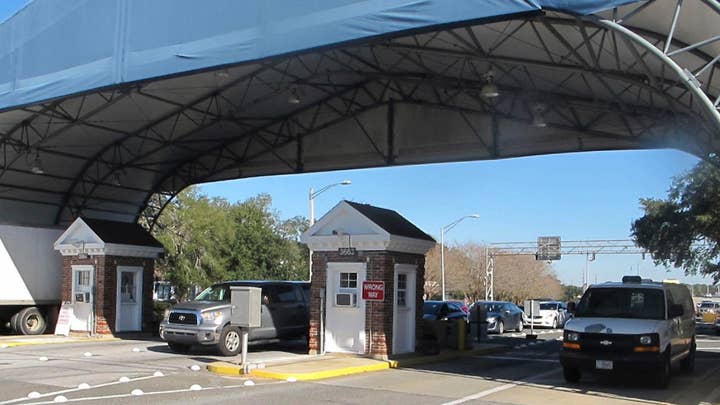 He added: “To have them take out three of our sailors, to me that’s unacceptable and I think that could have been prevented."

Investigators have named 2nd Lt. Mohammed Alshamrani, 21, of the Royal Saudi Air Force, as the gunman responsible for Friday’s massacre.

Investigators said they’re working under the presumption the incident was an act of terrorism involving a lone gunman.

Asked how Alshamrani, a foreign national, was able to purchase a firearm, DeSantis, a Second Amendment supporter, accused the suspect of taking advantage of a federal loophole.

“The Second Amendment applies to we the American people to keep and bear and arms. It does not apply to Saudi Arabians,” he said.

DeSantis also praised first responders and law-enforcement officials who ran into danger to save others.

“I think that that’s what this community’s made of and I think that’s really emblematic of the type of grit, courage, and determination that you see here,” he said.

DeSantis pressed for more questioning into how the Saudi military and government vetted people who may have harbored radical worldviews.

Later Sunday the fallen service members received a dignified transfer, according to officials. No family members were present.

Though Saudi Arabia has pledged to cooperate with the investigation, De Santis said, “My view would be, trust but verify. If they say they’re going to cooperate, make sure they do cooperate and don’t just take lip service and think that that’s enough.”

The U.S. has long had a robust training program for Saudis, providing assistance in the U.S. and in the kingdom. More than 850 Saudis are in the United States for various training activities, among the thousands of foreign students from 153 countries in the U.S. going through military training, officials said.