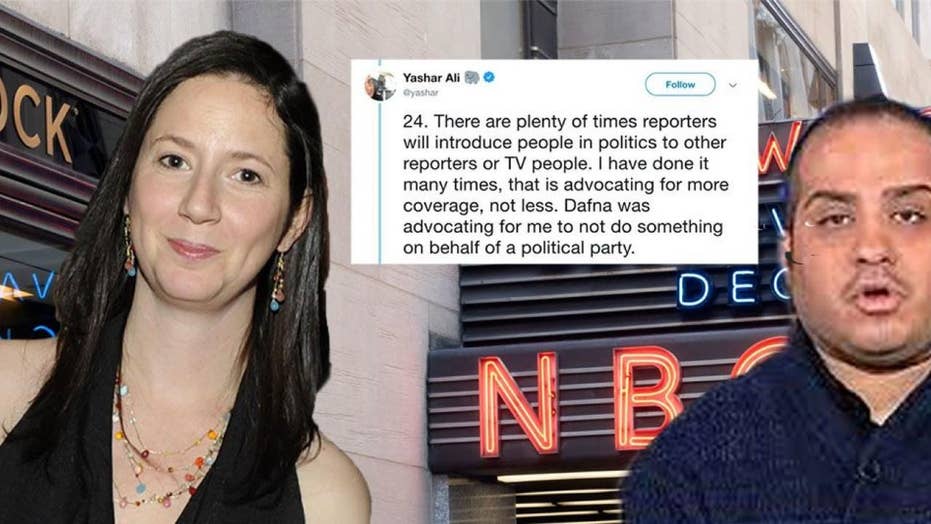 A reporter is accusing the managing editor of NBC News and MSNBC’s political coverage of trying to "intimidate” him into spiking a story about the Democratic National Committee in a chilling phone conversation that he says had her acting as a political operative and not a fellow journalist.

Yashar Ali, a high-profile freelance journalist whose work has appeared in the Huffington Post and New York magazine, said he was so taken aback by his conversation with Dafna Linzer, who has held the key NBC position since October 2015, that he posted his synopsis of it in a series of tweets Friday. Linzer, he said, was trying to block him from publishing the dates of the 2020 Democratic Party primary debates - a move Ali suspects was made to benefit the DNC, not her employers.

“Yesterday, I received a call from @DafnaLinzer who serves as managing editor of NBC/MSNBC politics. Dafna's conduct during the call was highly inappropriate and unethical. So what was the purpose of her call? She called me to bully me on behalf of the DNC,” the first tweet read.

“Dafna, who oversees the political coverage for NBC and MSNBC, was calling to bully me into delaying the publication of an innocuous scoop and at no point did she advocate for her network, it was only about the DNC.”

Ali then outlined the allegation, which he claimed stemmed from a “scoop” he had regarding the dates of the Democratic primary debates in 2020.

It was announced Thursday that the first Democratic presidential debates will take place June 26 and 27 in Miami.

The Democratic National Committee confirmed the plans first disclosed by NBC News, which will broadcast the two-night event along with MSNBC and Telemundo. 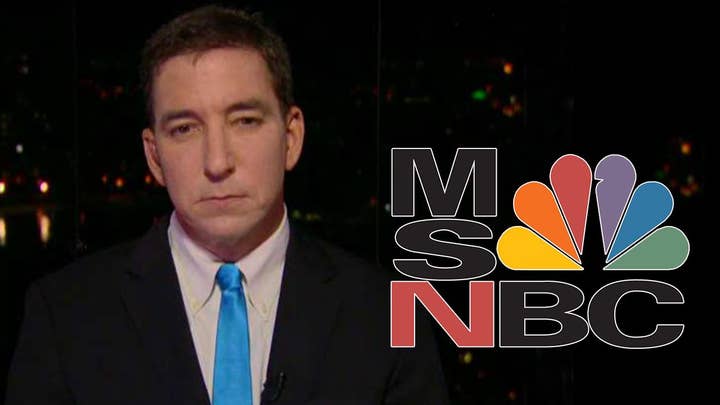 Ali’s tweets continued: “When I saw Dafna calling I assumed she would ask me to consider delaying my post so that MSNBC could announce it first. Given that this was an innocuous scoop and not some investigative story I wouldn't have lost sleep if I had delayed. But that's not why she was calling.

“After exchanging pleasantries, Dafna told me that she received a call from the DNC and was told I had a story. Now it's not strange that the DNC called her, they were coordinating an announcement. What was strange was that she was calling me and taking a menacing tone

“She asked if I could hold the story and I said I couldn't. She was agitated, ‘why not?’ I said I'm not going to lose a scoop. Then she got angrier and said ‘Why not? It's not a big deal, let them make a few phone calls.’”

JOE SCARBOROUGH: DONALD TRUMP 'LIED ABOUT SUPPORT OF RUSSIA,' REGARDLESS OF WHAT MUELLER FOUND

He then wrote: “I realized that @DafnaLinzer, the head of all political coverage for NBC News and MSNBC wasn't calling to advocate for her network, she was calling to advocate the DNC's position. She wanted me to wait so they could call state party leaders.

“I couldn't believe what she was saying. Again, it was fine for me to print the story an hour later, beat her own network by three hours, she just wanted me to let the DNC inform state party leaders. Why the hell did she care?

“I kept telling Dafna no, that I wasn't waiting. And she kept getting more frustrated… The head of the political division was trying to bully me at the behest of the DNC over a dumb scoop (even though they may not have asked her to).”

MSNBC and NBC News did not return Fox News’ request for comment.