Comey said he was grateful Mueller was able to complete his investigation, saying that the findings of no collusion between Russia and the Trump campaign were “good news.” He also said the investigation “had to happen,” telling Holt there was “smoke” and that was enough to launch a probe.

The interview that aired did not include any questions from Holt on the controversial anti-Trump dossier that helped spark the entire Russia investigation as well as the secretive Foreign Intelligence Surveillance Act (FISA) warrant that allowed the surveillance of Trump campaign official Carter Page. Holt also seemingly avoided Comey’s admitted orchestrated leaking of memos of his conversations with President Trump to the media. 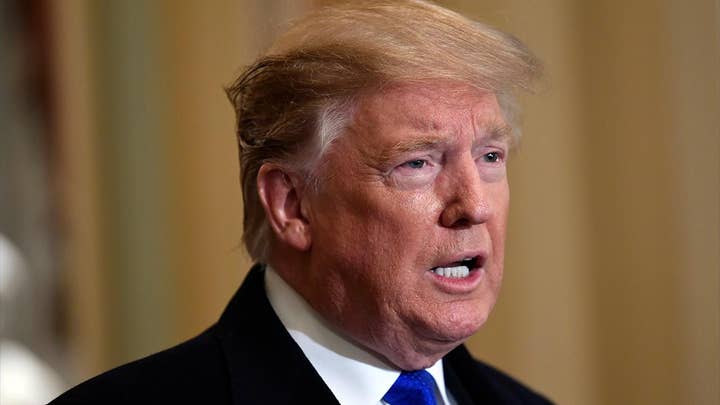 On the Mueller probe's findings, Holt asked: “Do you take this as a rebuke of you and your leadership and the FBI?”

“No, actually. I see it the other way,” Comey responded. “It establishes, I hope, to all people no matter where they are in the spectrum that the FBI is not corrupt, not a nest of vipers and spies but an honest group of people trying to find out what is true and that’s what you see here.”

“At no point did Holt really press Comey on the smug and grandstanding comments he put out during his book tour alluding to what the Special Counsel might find against President Trump,” NewsBusters news analyst Nicholas Fondacaro told Fox News. “The interview really seemed like Holt was giving Comey more of an opportunity to raise doubt about the findings, rather than hold him accountable.”

Comey disputed the characterization that there was “nothing” between the Trump campaign and Russia, stressing that “the evidence established” didn’t amount to a conspiracy.

The NBC News anchor then addressed Comey’s tweet showing the former FBI director standing in the woods with the caption, “so many questions.” Comey clarified that his questions were all about the obstruction of justice inquiry, saying that Mueller’s conclusion “confused” him.

“The purpose of a special counsel is to make sure that the politicals, in this case the attorney general, doesn’t make the ultimate call on whether the subject of the investigation, the president of the United States, should be held criminally liable for activities that were under investigation,” Comey elaborated. “And so, the idea that the special counsel wouldn’t reach the question and hand it to the political leadership doesn’t make sense.”