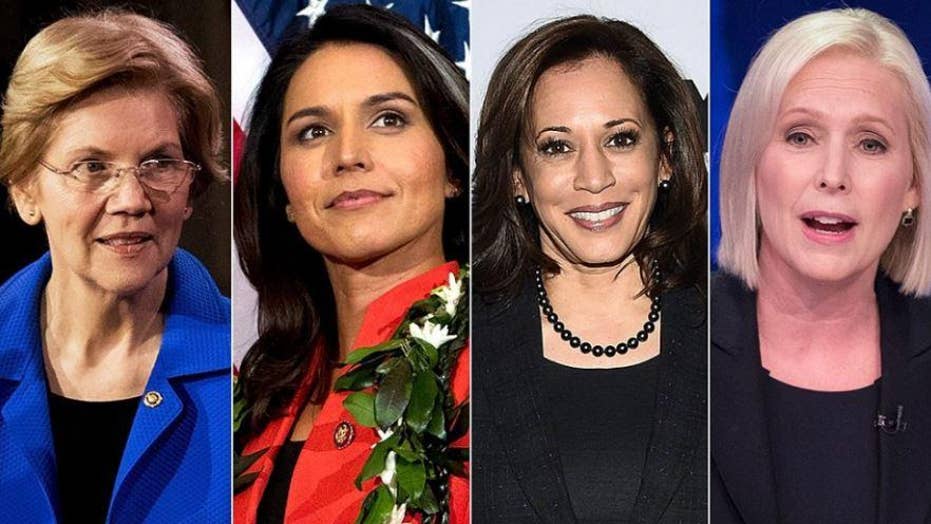 Historic numbers: Nearly a year before the 2020 presidential primaries formally begin, more women than ever from a major political party have announced their candidacy or formed an exploratory committee.

Nearly a year before the 2020 presidential primaries formally begin, more women than ever from a major political party have announced their candidacy or formed an exploratory committee.

Four of the nine Democrats who have thrown their hat in the ring for their party’s nomination are women. And yet more may join.

“We’ve never seen this before, this is part of the revolution of women, of political progress,” said Debbie Walsh, director of Rutgers University's Center for American Women in Politics. “We’ve never had multiple women like this, running on one side. In the Democratic primary debates, the stage is going to look different.”

And on Jan. 15, Sen. Amy Klobuchar of Minnesota, who in December said she was considering running, struck a more serious tone about entering the race. “Big news today, my family is on board … so showing momentum,” she said on MSNBC.

The historic number of female candidates vying for the presidency marks a turning point for U.S. presidential politics and, of course, for women. And it dramatically raises the ceiling established by Hillary Clinton in 2016 when she became the first woman to be a major party’s presidential nominee.

The explosion of female presidential candidates perhaps comes as no surprise, given the huge success of women in the congressional midterm elections in November. In both the House and Senate, more women won election than at any time in U.S. history.

“We think it’s fantastic,” said Christina Reynolds, vice president of communications for EMILY’S List, the most powerful organization in the U.S., a group focused on supporting pro-choice Democratic female candidates. “These women are running and they’re incredibly qualified, they’re being judged on their merits. Every woman who runs makes it easier for the next woman who runs.”

Having a group of strong female contenders, Reynolds said, helps change the notion of a female presidential candidate from being a novelty to being a norm.

“When we’ve thought of a candidate (for federal office), we instinctively think of a guy in a suit,” Reynolds said. “What these women are doing just by running is changing that” and creating a new normal.

The momentum among women running for Congress and president, many say, is fueled by several factors, including the #MeToo movement, as well as outrage over controversial remarks Trump has made about women.

There's also the decades of efforts by groups such as EMILY’s List to identify and prepare women to run for office.

“We’ve been working for 35 years on building a pipeline for women candidates,” Reynold said of EMILY’s List, which has more than 5 million members and for the midterms spent a record $110 million in support of Democratic female candidates. “Women are looking at what has been a tough time in our history, and see the things they believed in getting overturned, and they rolled up their sleeves and said they’ll do [what needs to be done] themselves.”

EMILY’s List has prioritized identifying women to run for local and state positions, a traditional springboard for men to running for Congress, and the presidency.

“Look at Kamala Harris,” Reynolds said, “She was an attorney, district attorney, then [California] attorney general and U.S. senator. We want more women to have the same path.”

KAMALA HARRIS' CAREER, FROM CALIFORNIA DISTRICT ATTORNEY TO THE SENATE

Walsh, of the Center for American Women in Politics, said men have long had a “feeder system” for presidential candidates. Most presidents were governors or members of Congress before being elected -- positions that are still overwhelmingly held by men.

“It’s a catch-22, if you don’t have women in office already, it makes it harder for women to get become candidates” for high posts, Walsh said. “By the time a governor or senator becomes a presidential candidate, they’ve already got name recognition, and that makes it easier to raise money. And that’s a huge issue. What it costs to become president in this country is mind-boggling.”

But once they’re in the playing field, Walsh noted, “the last [mid-term] election showed that women can get more votes than male candidates.”

We’ve never seen this before, this is part of the revolution of women, of political progress.

Republican women, who last year saw their number in Congress drop to the lowest it’s been in 25 years, are making a push to create a pipeline of candidates.

“The number of Republican women in public office is at a crisis level,” said Olivia Perez-Cubas, communications director for Winning for Women, an organization launched in 2017 by conservative leaders and GOP donors to identify and recruit right-of-center female candidates. “The mid-term elections and the 2020 presidential election shows that Democrats have a big head start over us, they’re decades ahead of us in focusing on recruiting women candidates, but we’re working to change that.”

“The GOP needs a counterweight to groups like EMILY’s List. So going forward, we’ll be playing big in primaries,” said Perez-Cubas. “It’s important for Republican women to have resources and support from start to finish.”

Republican Rep. Elise Stefanik of New York established a super PAC on Jan. 17 with the goal of supporting female candidates in 2020. Winning for Women’s membership is at more than 300,000 from 30,000 just two years ago.

Perez-Cubas said that part of the GOP’s challenge has been an opposition to the notion of identity or special-interest politics. “Republicans don’t like quotas, diversity for the sake of diversity,” she said.

In that sense, she said, it’s easier for Democrats to build campaigns around issues such as abortion rights and affirmative action.

UNITED STATES - JANUARY 04: Speaker Nancy Pelosi, D-Calif., center, poses with Democratic women members of the House after a group photo on the East Front of the Capitol on January 4, 2019. (Photo By Tom Williams/CQ Roll Call)

Gerrit Lansing, formerly of the Republican National Committee and now working with Winning for Women, told Politico in 2017 that Democratic women leaders do not speak for all females -- many of whom oppose abortion and other issues that liberals embrace.

“I think a lot of women on the center-right or the right feel that there’s just a lot of identity politics and that they aren’t necessarily represented,” he said.

No less than the future of the Republican Party is at stake, Perez-Cubas said.

“Republicans need to do a better job of reaching out to women, for the sake of winning elections and the survival of the party.”

Liuba Grechen Shirley, a Democrat who unsuccessfully ran in a New York primary last year to challenge incumbent Republican Rep. Peter King, won a victory for candidates with young children when the Federal Election Commission approved her request to use campaign funds for child care expenses.

"This is a game changer for moms and working parents across the country who are thinking about running for office but don't know how to juggle going without a salary and taking on the extra childcare expenses," Grechen Shirley posted on Facebook.

Since then, Grechen Shirley announced she is forming a political action committee, Vote Mama, to support progressive mothers with children under 18 who are running for office.

During the 2016 presidential election season, many felt that Hillary Clinton and Carly Fiorina, who was seeking the GOP nomination, were subjected to criticism that was sexist. Women, they say, often are targeted for such things as appearance or assertiveness.

“With multiple women running, it’ll be easier to see when there is sexism in the way they talk about the candidates,” Reynolds said, “if they’re calling only the women out on ‘likeability’ or ‘electability.’”

The four women who have said they’re vying to be the Democratic nominee are high-profile, each praised for various accomplishments. But they’ve also been dogged by controversies.

For instance Harris, considered a strong contender right now, is likely to face questions about her law enforcement record, particularly after the Black Lives Matter movement and activists across the country pushed for a criminal justice overhaul. Gabbard came under fire for anti-gay remarks and activism in which she was involved in her home state about a decade ago. She has apologized and said her position on gay issues has evolved.

While the U.S. has reached a new milestone in terms of women running for president and having a greater presence in Congress, the U.S. lags behind many other nations in female political power. The U.S. ranks 103rd of 197 nations in terms of women serving in federal and state and local political posts, according to the Interparliamentary Union. A 2017 report by the Pew Research Center  said that 56 of the 146 nations studied by the World Economic Forum "have had a female head of government or state for at least one year in the past half-century."

In the U.S., true progress for women, Walsh said, will occur when the playing field is level for female candidates in all parties.

"It has to happen on both sides of the aisle," she said. "Women want to see people who look like them. The #MeToo movement mobilized women, it added to the feeling that among women that they wanted to have a voice. Women are deciding that in those institutions that regulate and make decisions that affect their lives, they need to be at the table. They can represent interests in different ways." 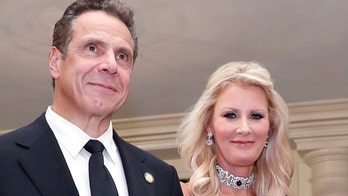