As the Democrats' 2020 field grows, presidential candidates face pressure over past positions; reaction and analysis on 'Outnumbered.'

California Sen. Kamala Harris announced Monday she is running for president, joining a fast-growing crowd of Democrats jumping into the 2020 race.

“I’m running for president of the United States, and I’m very excited about it,” Harris, 54, told ABC’s “Good Morning America.”

Harris paired the announcement with the release of a campaign video on Twitter in which she said, "Truth. Justice. Decency. Equality. Freedom. Democracy. These aren’t just words. They’re the values we as Americans cherish. And they’re all on the line now."

Her announcement comes as some Democrats, emboldened with their new majority in the House, have suggested impeaching the president. Asked on ABC on Monday if she believes Trump has committed an impeachable offense, Harris wouldn’t say, but said it’s important that Special Counsel Robert Mueller continue his investigation into whether the Trump campaign colluded with the Russians in the 2016 race.

She plans a formal campaign launch in Oakland on Jan. 27. The campaign will be based in Baltimore, with a second office in Oakland.

Harris, who is black, launched her presidential as the nation observes what would have been the 90th birthday of the slain civil rights leader Martin Luther King Jr.

Still, her record as a prosecutor and state attorney general has attracted new scrutiny from liberals as she has inched closer to a presidential run.

University of San Francisco associate law professor Lara Bazelon recently argued in an op-ed piece that the perception that Harris acted as a “progressive prosecutor” during her tenure as the district attorney of San Francisco and then California’s attorney general contradict her actions.

But Republicans are taking her seriously as a top-tier candidate.

“At 54, Harris is two decades younger than some of her septuagenarian competitors – an age that enables her to appeal to the Instagram crowd without being painted as inexperienced,” said Colin Reed, a Republican strategist who worked for former Republican Sen. Scott Brown. “A child of immigrants, she brings diversity to a party obsessed with racial and gender politics." 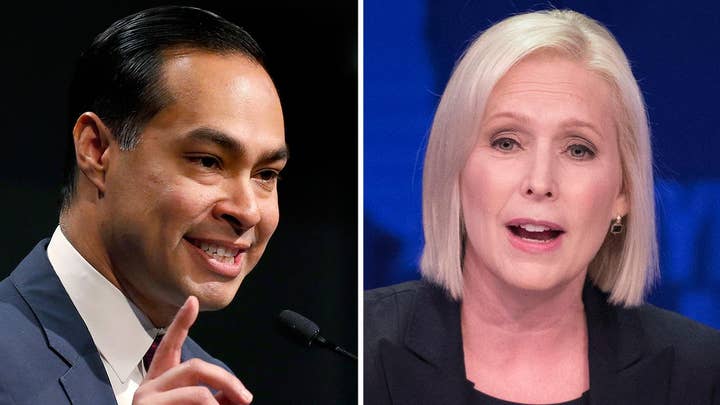 Fox News' Louis Casiano and Jennifer Girdon and The Associated Press contributed to this report.