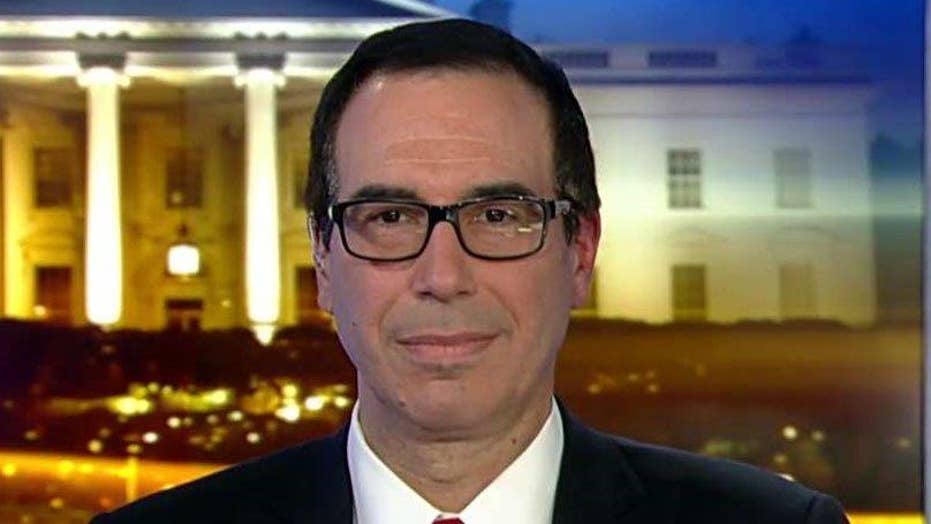 "This is about massive reductions in business rates for corporations and for small businesses, and many studies show that 70 percent of the tax burden falls on American workers," Mnuchin told host Tucker Carlson. "So, by cutting business taxes, this will increase wages for American workers and create more jobs."

Trump's plan would slash the top tax rate for corporations and small businesses to 15 percent, collapse the tax system to three brackets from the current seven, and double the standard deduction for individuals and couples filing jointly.

Mnuchin denied that the revised tax system would favor wealthy Americans, telling Carlson that the proposed elimination of non-mortgage, non-charitable deductions would ensure that "the effective tax rate will not be a deduction for the rich."

"I don't think it will be a [tax] rise, but it won't be a reduction," the treasury secretary said.

Mnuchin expressed hope that the plan could win support from some Democrats in Congress, saying, "this is all about middle-income tax cuts and putting people back to work and making business competitive, so we hope that there are Democrats that cross the aisle and support this. This is good for America, good for the economy."