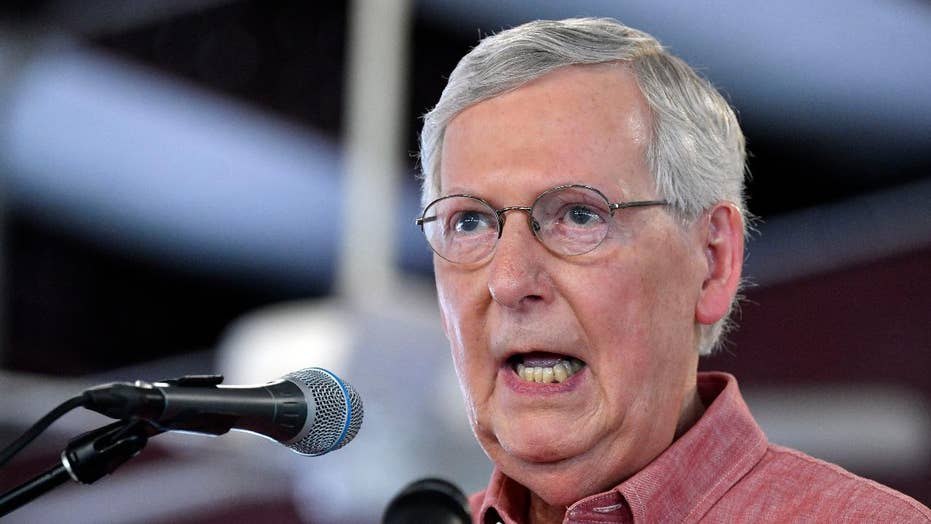 Trump 2020 campaign communications director Tim Murtaugh says that the campaign has not yet turned back on their Twitter ads because of the social media site’s long history of anti-conservative bias.

McConnell fractured his shoulder earlier this month when he tripped on the patio of his Louisville, Ky., home, Politico reported.

"The surgery was performed without incident, and the Leader is grateful to the surgical team for their skill," McConnell’s communication director said in a statement.

A photo tweeted by McConnell on Aug. 5 appeared to show that it was his left shoulder that had been injured. In the tweet, McConnell holds a busted sneaker and compares the mishap to a sneaker incident that happened to basketball star Zion Williamson.

Since injuring his shoulder, the 77-year-old senator has maintained his schedule but his recovery will keep him from attending a Kentucky Republican dinner this weekend," Politico reported.