Senate Majority Leader Mitch McConnell, R-Ky., told Fox News Tuesday he cannot wait to debate health care during the 2020 elections, particularly what he called the "Medicare for None" proposal put forth by many Democratic candidates.

"We’re really happy to have that argument -- that debate with the American people in 2020.  I can’t wait to engage on the 'Medicare for None' proposal," McConnell said in an exclusive interview on "The Story with Martha MacCallum."

MCCONNELL: TIME TO PUT THE MUELLER INVESTIGATION TO REST

"It’s not just Bernie Sanders, McConnell added. "There are four other credible colleagues of mine running for president saying they’re signed up for the 'Medicare for None' and they’ve also signed up for the Green New Deal. So we’re happy to have that debate.

Sen. Sanders, I-Vt., has a proposed a single-payer health care system with a single government-run plan. 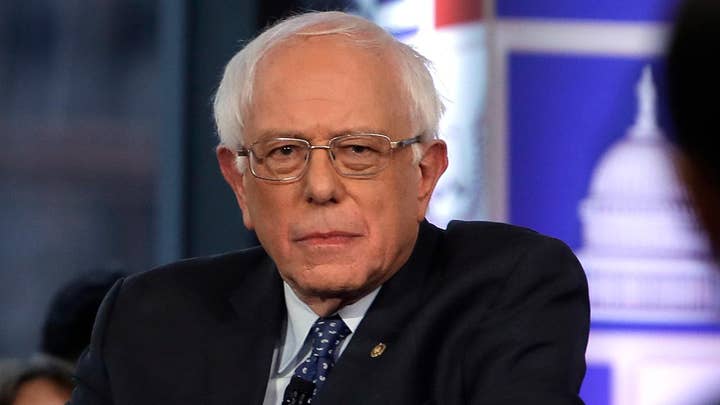 McConnell also questioned why Democrats were pushing a new health care overhaul less than a decade after the Obama administration enacted the Affordable Care Act.

"I don’t know why the Democrats are unhappy with Obamacare. They worked on it for a long time and we were unable to replace it," McConnell said. "It’s there and they’re not even satisfied with the principal accomplishment, they said, of the Obama years?"

MacCallum pressed McConnell on why Republicans didn't have a health care plan to replace ObamaCare, but the Republican leader deflected his response toward the Democrats.

"If they are willing to admit that there are problems with Obamacare related to the cost, the deductibles, the copayments, we’ll be glad to work with them on that," said McConnell, who added that Republicans would have problems implementing any health care plan the Senate passes due to the Democratic-controlled House.

McConnell said Republican candidates in 2020 will not just run on the economy, which he said was "about as good as it’s been in 50 years," but against America becoming "a socialist country."

"We need to stop America from becoming something it's never been," he said. "Things like the Green New Deal and 'Medicare for None' will fundamentally change America into something it’s never been before."