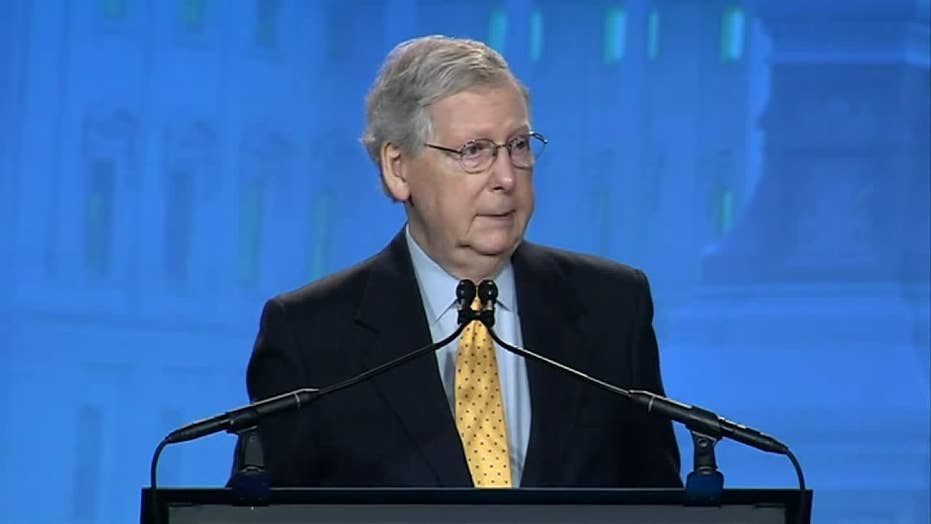 WASHINGTON – McConnell called the proposal, backed by the Democrats' progressive wing, a “radical, one-size-fits-all attempt to remake the health sector.”

He described it as a scheme and told hospital industry leaders that it would be serious bad news for them. “You should not be the guinea pigs in some far-left social experiment,” he said.

One of the most outspoken lawmakers in support of the policy, Sen. Bernie Sanders, I-Vt., used Medicare for All as part of his platform in his 2016 presidential campaign, and is expected to use an updated version of the proposal for his 2020 run.

According to a 2018 poll conducted by Reuters, 70 percent of Americans, in additional to 52 percent of Republican voters, supported the proposal.

Since then, however, the numbers have declined. According to polling by the Kaiser Family Foundation, support for the policy has dropped as concerns arise that it could lead to higher taxes and longer waits for health care.

McConnell reiterated sentiments from his AHA conference speech in a tweet, referring to the policy as “Medicare for None” and claiming that it would “slap a $32 trillion tab on Americans.”

“Democrats’ 'Medicare for None' would slap a $32 trillion tab on Americans, and that’s just a rough estimate for the first decade. And competing private insurance policies -- like the ones that 180 million Americans currently use -- would be banned outright,” the tweet read.

At the close of McConnell’s remarks, he encouraged hospital and health care system leaders in the room to rally together and make their way to Capitol Hill to speak out against this proposal to Democrats in Congress.