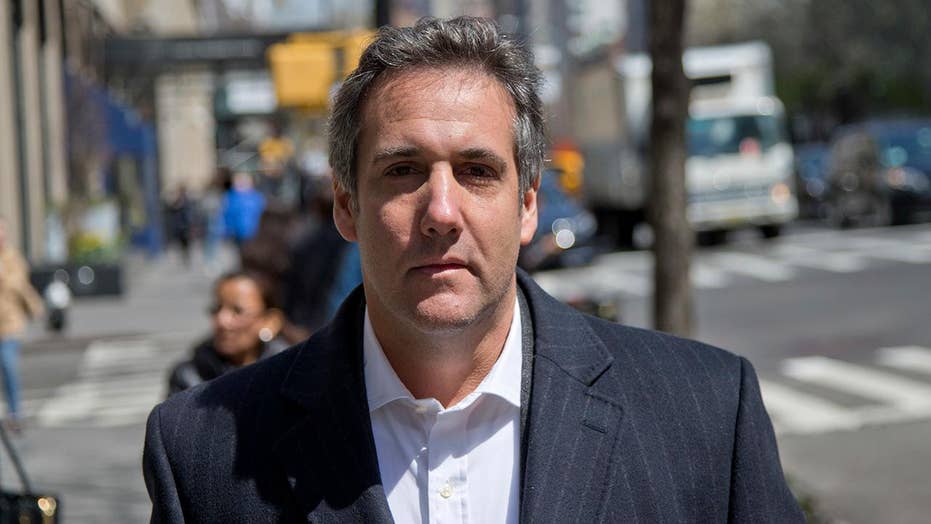 Documents related to the infamous 2005 “Access Hollywood” tape featuring President Trump’s vulgar comments about women were being sought during the FBI raid of the office and hotel room of Trump’s personal attorney earlier this week, Fox News confirmed on Wednesday.

The search Monday was aimed at obtaining evidence that Michael Cohen attempted to suppress harmful material about Trump ahead of the 2016 presidential election, multiple people briefed on the warrant reportedly claimed.

The effort to obtain records related to the tape appears to be an attempt to connect the dots between the recording and subsequent efforts to potentially silence others ahead of the election. That could cast the $130,000 payment Cohen made to adult film star Stormy Daniels in a new light. Trump has denied having an affair with Daniels, whose real name is Stephanie Clifford.

According to reports of the raid, agents obtained documents related to several issues, including Cohen's payments to Clifford as part of a nondisclosure agreement she has since sought to invalidate.

Cohen's Midtown Manhattan office and a Park Avenue hotel room were both searched after prosecutors reportedly received a referral from FBI Special Counsel Robert Mueller -- who is investigating alleged Russian collusion in the 2016 election.

News of the “Access Hollywood” documents being sought was first reported by The New York Times.

In addition, prosecutors reportedly are looking at whether Cohen committed bank fraud, along with possible improper campaign donations to the president.

Trump slammed the operation on Twitter on Tuesday by proclaiming that "attorney–client privilege is dead!" He expounded on the raid on Wednesday morning, arguing that accomplishments by the Trump administration were ongoing despite "fake news."

"I (we) are doing things that nobody thought possible, despite the never ending and corrupt Russia Investigation, which takes tremendous time and focus," the president tweeted. "No Collusion or Obstruction (other than I fight back), so now they do the Unthinkable, and RAID a lawyers office for information! BAD!