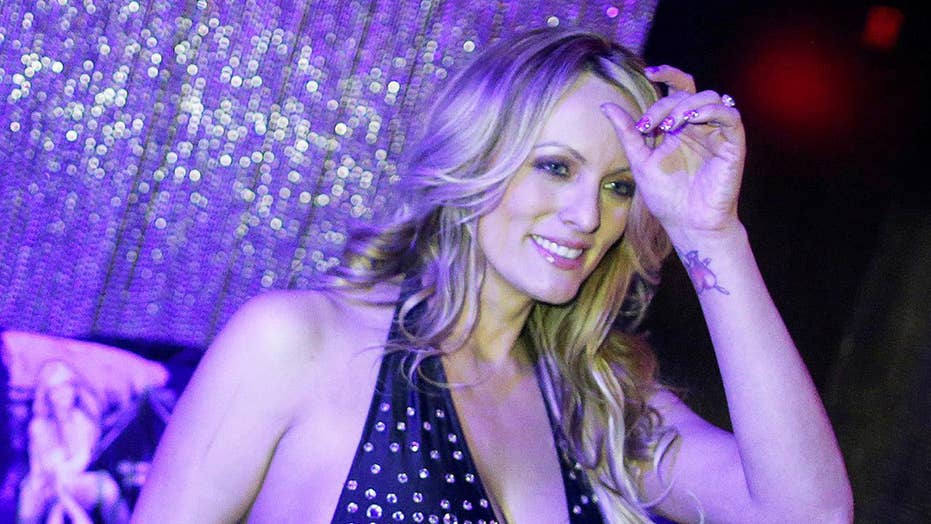 And on Friday, reports emerged that the donor had quit on the heels of news about the payment.

The Wall Street Journal reported Friday that a $1.6 million nondisclosure agreement was arranged on behalf of Elliott Broidy, a Los Angeles-based venture capitalist who has served as deputy finance chairman of the Republican National Committee.

The newspaper said the payments were arranged for a former Playboy model who said she was impregnated by Broidy.

“It is unfortunate that this personal matter between two consenting adults is the subject of national discussion just because of Michael Cohen’s involvement,” Broidy said in a statement to the Wall Street Journal.

On Friday, The Journal further reported that Broidy had quit his RNC post after news broke about the damaging claim, according to a person familiar with the matter.

Since Mr. Trump’s inauguration, Broidy has often met with the president at the White House and at Trump’s Florida resort, Mar-a-Lago, according to people familiar with the matter. He helped organize a fundraiser in Los Angeles last month that Trump attended, the people said.

The Twitter revelation on the situation by Michael Avenatti, who filed Daniels' ongoing defamation suit against Cohen earlier this year, came at the end of a whirlwind week in which Cohen's home and office were raided by FBI agents.

"In last 18 mos, Mr. Cohen negotiated yet another hush NDA, this time on behalf of a prominent GOP donor who had a relationship with a LA woman, impregnated her and then made sure she had an abortion," Avenatti tweeted. "The deal provided for multiple payments across many months. #basta."

"Basta" is the Italian word for "enough." Three hours after his first tweet, Avenatti provided more detail for his claim: "And to be clear, the GOP donor is also LA based."

There is no indication that this alleged NDA involves illegal activity or illicit funds.

Daniels has sought to invalidate her own non-disclosure agreement signed by Cohen, and has offered to return the money she was paid in exchange for her silence.

Avenatti's tweet provided no other evidence for his claim, and the Los Angeles-based lawyer has a history of attention-grabbing stunts on social media.

In March, three days before CBS’ “60 Minutes” aired an interview with Daniels about her alleged 2006 sexual encounter with Trump and the alleged threats to keep quiet about it, Avenatti tweeted a mysterious picture of a CD or DVD that some suspected might be a recording of Daniels with Trump.

FBI agents who executed a search warrant on Cohen's home, office, and hotel on Monday reportedly obtained documents related to several issues, including Cohen's payments to Clifford as part of the nondisclosure agreement.

The raid angered President Trump, who called the situation a political "witch hunt" and an "attack on our country."

Trump has denied having an affair with Daniels, whose real name is Stephanie Clifford.

In March, Daniels sued Cohen after he denied having any involvement in Daniels’ claim that a man threatened her in Las Vegas in 2011, warning her to “leave Trump alone.”

According to Daniels' complaint, Cohen’s denial represented a defamatory statement that "was reasonably understood Mr. Cohen meant to convey that Ms. Clifford is a liar."