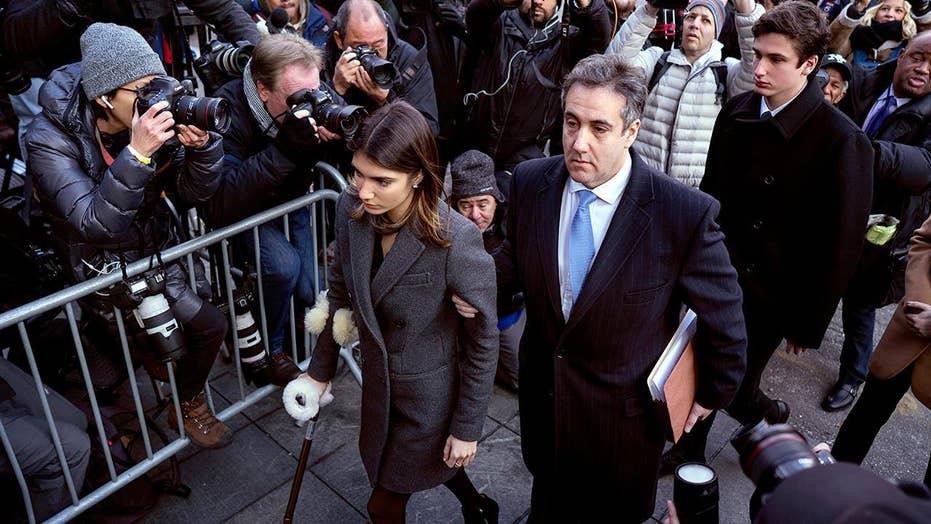 Lanny Davis said in a statement that the committee had accepted Cohen's request to postpone his appearance "due to post surgery medical needs. A future date will be announced by the committee."

Details of the surgery were not available.

This is the third time that a planned appearance by Cohen on Capitol Hill has been pushed back. He was originally scheduled to appear before the House Intelligence Committee on Friday, but that appearance has been postponed until Feb. 28. Last month, Davis announced that Cohen's testimony before the House Oversight Committee would be rescheduled due to "ongoing threats" against Cohen's family from Trump and his current attorney, former New York City Mayor Rudy Giuliani.

Cohen is scheduled to begin a three-year prison sentence next month after he pleaded guilty in August to federal campaign finance and other violations. In pleading guilty, Cohen admitted to orchestrating payments to adult film actress Stormy Daniels and former Playboy model Karen McDougal at Trump's direction during the 2016 presidential campaign in exchange for their silence about alleged sexual encounters with then-candidate Trump.

The president has accused Cohen of lying about his role in the payments in exchange for a lighter sentence.

Cohen previously testified in private before the Senate Intelligence Committee in August 2017. In November, as part of Special Counsel Robert Mueller’s investigation, Cohen pleaded guilty to lying to Congress during that deposition.

Cohen lied about the timeline of a Trump real estate project in Moscow, claiming that his communications with Russia on the deal ended in January 2016—prior to the Iowa caucuses. In his guilty plea, he acknowledged that he had communications with Russian officials about a potential Trump Tower project in Moscow up until June 2016—when Trump had already secured the GOP nomination for president.