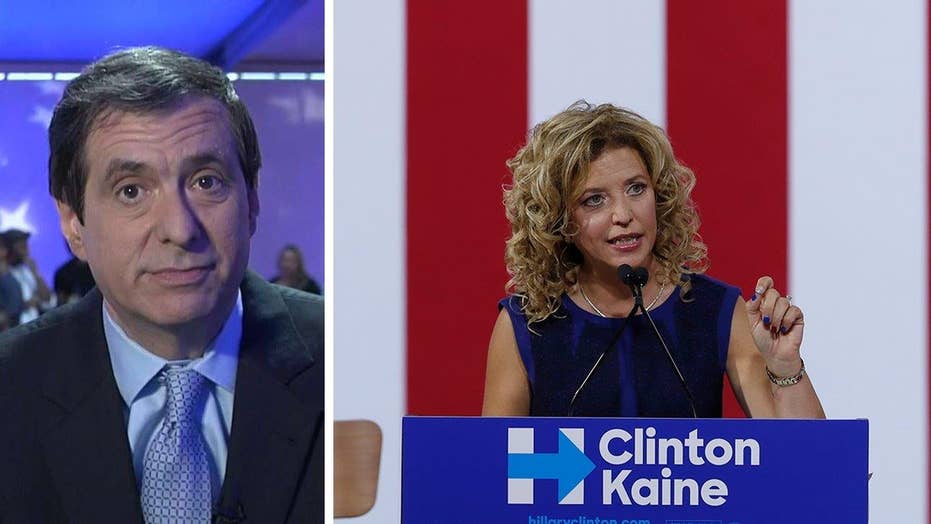 PHILADELPHIA – In the space of 48 hours, the hacked DNC emails went from a B-minus story to the only story.

You could feel the drama metastasizing, hour by hour, here in Philadelphia. When I arrived at the scene of the Democratic convention on Saturday, the media were largely treating the dump of nearly 20,000 leaked emails as an intriguing sidebar. It did not make the front page of the New York Times or Washington Post or dominate sites like Politico. In fact, on Sunday morning, I spent several minutes searching the Times website before finding a day-old piece buried on the politics tab.

Nor were the embarrassing emails the subject of constant cable chatter. Hillary Clinton’s rollout of Tim Kaine was the big story on Saturday.

I found this rather stunning. I’m not a fan of email hacking, but the Wikileaks haul revealed that what Bernie Sanders had been saying all along was true: DNC officials were disparaging him and trying to help Hillary. And all those months of denials by Debbie Wasserman Schultz and her team were flatly untrue.

Most devastating, of course, was the top DNC official who asked whether they could have someone ask Sanders about his religion, citing a rumor that the Jewish senator might be an atheist.

Still, it was mostly treated as a sidebar story.

That changed dramatically on Sunday morning, when word leaked out that Wasserman Schultz would not speak at the convention, and then that she was resigning as chairman. Now the media world went nuts, hour after hour of coverage. Hour after hour of analysis and speculation about whether this would shatter party unity.

“DNC Chair Pushed Out Over Email Leak,” said the banner headline in the Washington Post.

In newspaper terms, when your lead story is a followup on news that didn’t make Page One before, it means you missed the magnitude of the story.

It took the deposing of Debbie to make the press realize how explosive this stuff was.

Meanwhile, “60 Minutes” got the first interview with Clinton and Kaine, just as it had with Trump and Mike Pence. Anchor Scott Pelley asked about the email questioning Sanders’ religion.

“I didn't know anything about it. What I can say is that I am adamantly opposed to anyone bringing religion into our political process,” Clinton said.

Pelley tried again: “In your view, any effort within the DNC to favor one candidate over another would have been improper?

“Again,” Clinton said, “I don’t have any information about this, so I can’t answer specifically.”

But those exchanges, a scoop on the biggest story at the convention, didn’t make the cut for “60 Minutes.” They were posted online instead, although they did air on “CBS Evening News” and CBS radio.

On Monday’s “CBS This Morning,” Pelley was asked about Clinton’s responses—the ones that weren’t deemed vital enough to air on the nation’s top newsmagazine show.

“I’ve known Secretary Clinton for 25 years,” Pelley said, “and I was struck, as I was reading the emails to her in the interview, her eyes widened as if to say, what is this about? What are you talking about?”

But that doesn’t sound plausible. The story broke on Friday afternoon, and was a day old by the time Pelley had the sitdown on Saturday afternoon.

Taped television interviews are routinely edited for time, and CBS had other material, such as Clinton saying there is a double standard for what’s said about her. No one is saying that CBS hid the exchanges on the DNC emails. But by the time of the Sunday night broadcast, Wasserman Schultz had already quit and the media furor was raging.

The question now is whether the anger and division sowed by the email leak will remain a dominant narrative in Philadelphia or be overtaken by the convention’s speechifying.