White House press secretary Kayleigh McEnany on Friday called out the media for downplaying the bombshell files released earlier this week showing FBI officials discussed whether they wanted to interview ex-national security adviser Michael Flynn in order to “get him to lie.”

During her first briefing as press secretary, McEnany slammed the media for “scant” coverage of the files unsealed by the Justice Department earlier this week. 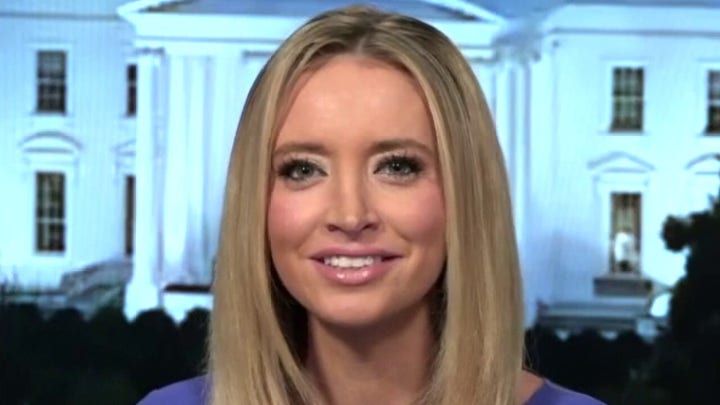 McEnany was referring to handwritten notes, which were unsealed by the Justice Department late Wednesday, revealing that top FBI officials, openly questioned if their “goal” in interviewing Flynn in January 2017 was “to get him to lie, so we can prosecute him or get him fired.”

The notes were penned by the FBI’s former head of counterintelligence Bill Priestap after ra meeting with then-FBI Director James Comey and then-FBI Deputy Director Andrew McCabe, and before Flynn’s interview.

“FBI, at least we can thank you for the great note taking,” McEnany said.

“The answer is yes,” she said. “And I would encourage the media to cover it.”

McEnany was referring to the years-long investigation led by former Special Counsel Robert Mueller into whether the Trump campaign coordinated with Russia during the 2016 presidential election. Mueller did not find any evidence of a conspiracy between the Trump campaign and Russia.