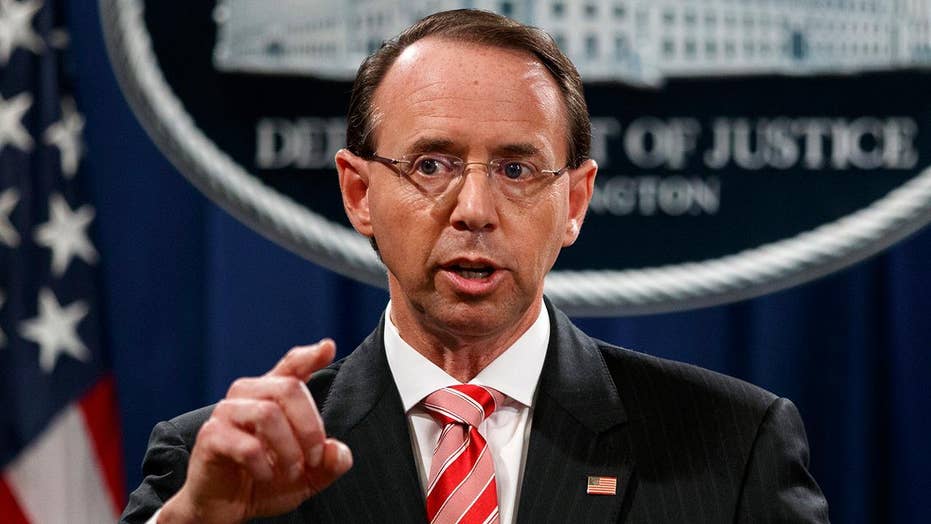 On 'Fox News @ Night,' Howard Kurtz examines the media coverage of Rosenstein's fate in the DOJ.

Former Deputy Attorney General Rod Rosenstein adamantly denied Wednesday that he ever suggested wearing a wire to record President Trump or invoking the 25th Amendment to remove him from office.

Rosenstein appeared before the Senate Judiciary Committee as the first witness as part of the panel’s investigation into the origins of the Russia probe.

Sen. Mazie Hirono, D-Hawaii, asked Rosenstein about the accuracy of a 2018 New York Times report that said he made the suggestion to record the president and invoke the 25th Amendment.

“I did not suggest or hint at secretly recording President Trump,” Rosenstein said. “I have never in any way suggested that the president should be removed from office under the 25th Amendment.”

The alleged suggestion came during a meeting that took place on May 16, 2017, at Justice Department headquarters, Fox News reported in 2018. Sources told Fox News that former acting FBI Director Andrew McCabe, Rosenstein and former FBI counsel Lisa Page, among others, were in the room.

Rosenstein, during the meeting, reportedly told McCabe that he might be able to persuade then-Attorney General Jeff Sessions and then-Homeland Security Secretary John Kelly to begin proceedings to invoke the 25th Amendment.

The 25th Amendment includes a section allowing the vice president and a majority of cabinet members to declare a president “unable” to perform the job. 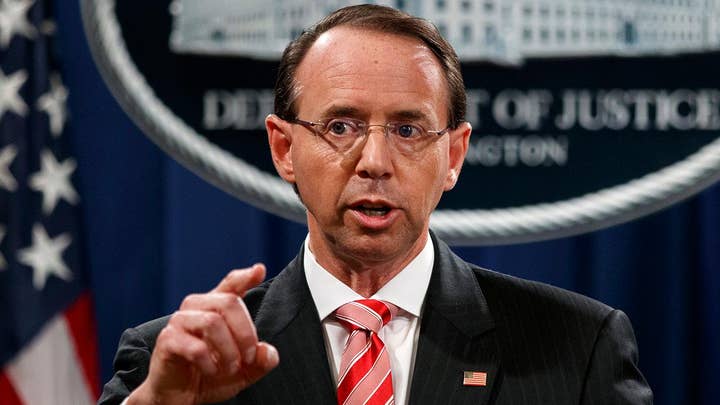 McCabe, during a media blitz to promote his book last year, said Rosenstein discussed the 25th Amendment option in a manner that was “absolutely serious,” and offered to wear a wire to record Trump.

McCabe's spokeswoman last year, however, said McCabe did not participate "in any extended discussions" on the issue.

“He was present and participated in a discussion that included a comment by Deputy Attorney General Rosenstein regarding the 25th Amendment,” McCabe spokeswoman Melissa Schwartz said last month.