Who is General James Mattis?

U.S. Defense Secretary Jim Mattis said Saturday that the killing of Jamal Khashoggi “undermines regional stability” and the State Department will take action in response to the writer's death.

Mattis’ comments at an international conference in the Middle East didn’t directly say Saudi Arabia was the perpetrator of the brutal slaying or refer to the calls from U.S. lawmakers to cut arms sales to the kingdom.

"With our collective interests in peace and unwavering respect for human rights in mind, the murder of Jamal Khashoggi in a diplomatic facility must concern us all greatly."

“With our collective interests in peace and unwavering respect for human rights in mind, the murder of Jamal Khashoggi in a diplomatic facility must concern us all greatly,” Mattis said, indicating the issue could have potential ramifications for the U.S. relationship with Saudi Arabia.

“Failure of any one nation to adhere to international norms and the rule of law undermines regional stability at a time when it is needed most,” he continued.

Turkish authorities claim a Saudi hit squad of 15 men flew to Saudi Arabia’s consulate in Turkey, where they tortured, killed, and dismembered the writer critical of the Saudi leadership.

The kingdom initially denied any involvement in the slaying, but later admitted the killing was premeditated. 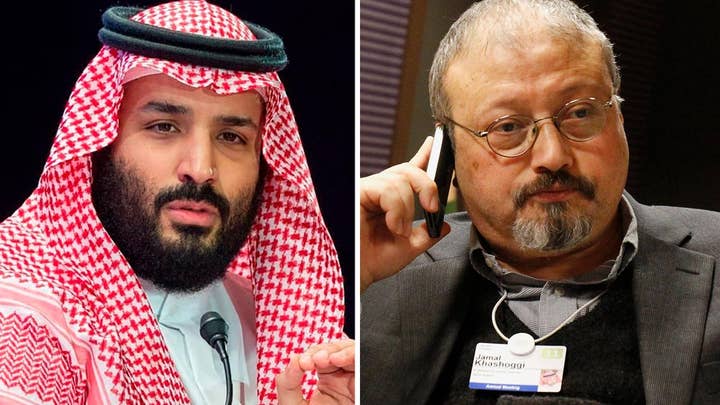 But Saudi Arabia’s top diplomat said Saturday that the global outrage over the killing has become “hysterical,” though noting that the real culprits will be brought to justice.

“This issue has become fairly hysterical,” Foreign Minister Adel al-Jubeir said, adding that the Saudi leadership has made it “very clear that those responsible will be held responsible.”

"This issue has become fairly hysterical."

The foreign minister said the suspects linked to Khashoggi's death will not be extradited to Turkey, where the killing occurred, but will instead be prosecuted in Saudi Arabia, Bloomberg reported.

“The individuals are Saudi nationals, they are detained in Saudi Arabia, the investigation is in Saudi Arabia,” al-Jubeir said at the same conference in Bahrain that Mattis is attending.

Mattis’ speech revealed the challenge the Trump administration is facing amid the issue that caused worldwide outrage.

While the U.S. defense chief slammed Iran and spoke out about ongoing attacks by Iranian-backed Houthi militants in Yemen, he didn’t mention Saudi Arabia’s role in the conflict, including its alleged indiscriminate bombings of civilians.

“I reiterate U.S. support for our partners’ right to defend themselves against Iranian-supplied Houthi attacks on their sovereign territory, and at the same time call for an urgent end to the fighting,” Mattis said.

In another part of the speech, Mattis spoke about America’s shared interest with Arab and Israeli partners in the region, saying “our respect for the Saudi people is undiminished” though warned that respect “must come with transparency and trust.”