What message is Obama administration sending?

Top spokesmen for the Obama administration on Tuesday defended the White House’s issuance of “talking points” designed to shape how federal officials in this country and American diplomats serving abroad frame the upcoming 10th anniversary of the Sept. 11 terror attacks.

The guidelines, which were first reported by The New York Times, encompassed two sets of instructions: one drawn up chiefly for domestic consumption, the other geared primarily toward foreign audiences and disseminated to U.S. Embassy officers throughout the world.

“This is not unusual,” said State Department spokeswoman Victoria Nuland, adding that the Bush administration had issued press guidance for federal officials on the occasions of the second and fifth anniversaries of Sept. 11 – which Nuland repeatedly referred to in her briefing from the State Department podium as “nine-one-one.”

Nuland said the advisory to overseas ambassadors and their consular staff was motivated “primarily to ensure that embassies are marking the event, that they are having joint events in their host country to stand together against terrorism, and ensure that the day is marked appropriately internationally.”

Still, the documents, as reported in the Times¸ contained some unusual elements.

One set of guidelines urged U.S. officials to “minimize references to Al-Qaeda.” The documents cited the killing of Usama bin Laden as evidence that the terror network that plotted and executed the Sept. 11 attacks is becoming “increasingly irrelevant.”

Another talking point instructed American officials overseas to seek to universalize the commemorative day by noting: “We honor all victims of terrorism, in every nation…whether in New York or Nairobi, Bali or Belfast, Mumbai or Manila, or Lahore or London.”

The same document reminded readers: “A chief goal of our communications is to present a positive, forward-looking narrative.”

“I think the fact that you would actually instruct government officials to speak differently about 9/11 simply based on where they're standing is not just insulting to American audiences and foreign audiences, but again, I think it's a little bit of a window into how they look at national security issues,” said Jennifer Millerwise Dyck, a former press aide to Vice President Cheney and director of public affairs at the Central Intelligence Agency.

“This is a government that is not entirely comfortable with the role that it has to play in some cases to keep America safe….[Not] to talk about how this government plans to keep us safe in the wake of the current threats that we face, I think, is really a missed opportunity.”

The White House suggested the guidelines were unworthy of media attention. Briefing reporters aboard Air Force One en route to Minneapolis, where the commander-in-chief addressed the annual conference of the American Legion, Press Secretary Jay Carney said: “The approach that we're taking to commemorating that tragedy, and the remarkable resilience of the American people in its wake, is one that we think is appropriate.”

In the administration’s repeated use of that word – “resilience,” which refers to the ability to bounce back from adversity – one analyst discerned an ulterior motive.

“The president's in political trouble,” Democratic political consultant Hank Sheinkopf told Fox News, in an interview from New York. “He wants to be resilient. And by telling the country to be ‘resilient,’ it's kind of a code word for saying, ‘Hey, I'm as good as you are. We'll all be resilient together.’ But that's not what 9/11 really ought to be about. The politics of it are less important than the lives of Americans lost.”

At the State Department, spokeswoman Nuland explained the guidelines’ premium on the creation of a “positive, forward-looking narrative” as an effort to solidify the alliances the country formed in the wake of Sept. 11.

“We've built an enormous global coalition against terror,” she told reporters. “There has been an enormous amount of progress across two administrations. So I think the intent here is to ensure that we are making the point that we need to remain vigilant together. But we also are making progress, and continuing to make progress together is the best way to protect free people from this deadly scourge.” 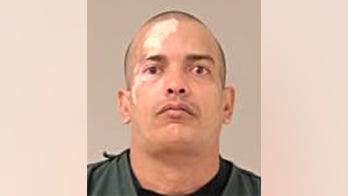