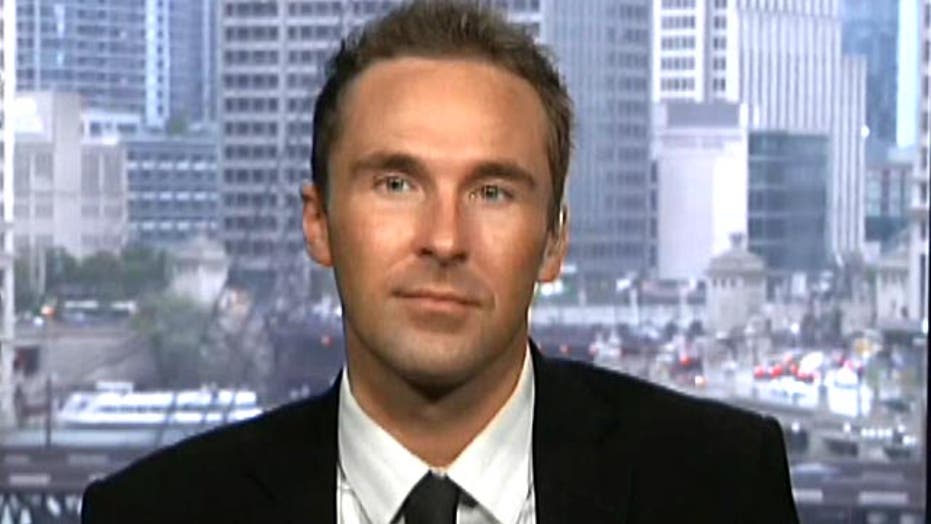 Chad Grimm is a 33-year-old health club manager running a long-shot campaign as the Libertarian candidate for governor of Illinois.

But his single-digit support could be the deciding factor.

“The polling is very close,” Christopher Mooney, the director of the Institute of Government and Public Affairs at the University of Illinois, Springfield told FoxNews.com. “So somebody who is pulling 5, 6 percent, it looks like they could have a big impact.”

No one is disputing the fact that Grimm is a -- very -- long-shot candidate. But he's pulling enough support to affect the standing of the front-runners.

Grimm told FoxNews.com he is not looking to be a spoiler, he’s looking to win. He said that after dabbling in everything from acting in Los Angeles to owning health clubs in Illinois, he has found his true passion in the Libertarian movement. He says he will work to eliminate the state income tax, end Illinois’ “war on guns” and bring “common sense solutions” to the state’s problems.

“I wanted to give Illinois the chance to, for once, to vote for a politician that is not bought and paid for,” he said.

But Grimm’s potential to be a spoiler captured the attention of Illinois Republicans, who launched a legal battle to get him removed from the ballot.

According to the Associated Press, attorneys for the state GOP argued that thousands of signatures that qualified Grimm for the ballot were invalid.

However, a state judge ruled last month Grimm could stay on the ballot -- a decision the Quinn campaign praised as only fair to the voters.

“There is no place in Illinois for voter intimidation,” spokeswoman Leslie Wertheimer told FoxNews.com.

A request for comment from the Rauner campaign was not returned.

Grimm told FoxNews.com it is clear that the Republicans “didn’t want what they saw as competition.” Though he said his number one goal is winning, his number two goal is garnering a solid percentage of votes. He said he hopes this will lead to better ballot access for third-party candidates and greater legitimacy for the Libertarian party.

Mooney told FoxNews.com that any success Grimm may have will be indicative of Illinois voters’ displeasure with Rauner and Quinn.