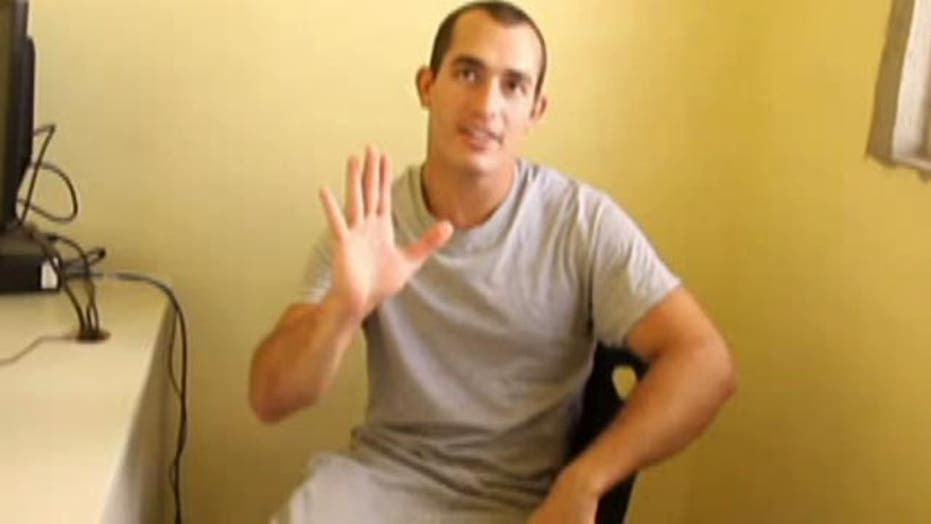 The slow-moving case of jailed Marine Sgt. Andrew Tahmooressi is generating a renewed push on Capitol Hill for his freedom, as lawmakers press the Obama administration to do more to secure his release on the heels of the Bowe Bergdahl prisoner exchange.

Tahmooressi has been detained in Mexico for more than two months now, after taking a wrong turn and ending up on the southern side of the border -- he was carrying legally purchased guns, but was charged for weapons trafficking.

His imprisonment has led to delicate talks between Washington and the Mexican government. But after the administration released five Taliban leaders from Guantanamo in exchange for Bergdahl -- held in Afghanistan for five years -- lawmakers want the U.S. government to refocus on bringing the Marine in Mexico home.

Veterans of Foreign Wars head William Thien also wrote to President Obama on Friday urging him to place a "personal call" to Mexican President Enrique Pena Nieto, particularly after the administration "broke longstanding U.S. policy to not negotiate with terrorists" in the case of Bergdahl.

"The VFW urges you to show the same sense of urgency toward Tahmooressi as you did to secure the release of Bergdahl," he wrote.

Several lawmakers have gotten personally involved in the case, including making visits to Mexico, since Rep. Duncan Hunter, R-Calif., first began drawing attention to it. Rep. Dana Rohrabacher, R-Calif., visited the American consul general in Tijuana on Thursday for a briefing on the prisoner's status. In a statement, he warned that the case could damage U.S.-Mexico relations if not resolved soon, threatening that "Congress will act and there will be a stoppage of commerce across the border."

Rohrabacher has pushed to free Shakil Afridi, the jailed doctor who helped the U.S. in the hunt for Usama bin Laden. He slammed the president for the handling of both Afridi and Tahmooressi.

"President Obama personally releases five terrorists in order to free a deserter, but he won't do anything to free Dr Afridi, who fingered the murderer of 3,000 Americans, and he won't even make one phone call to save a U. S. Marine jailed in Mexico," he said in a statement. Some, including the congressman, have claimed Bergdahl effectively deserted when he left his post in Afghanistan in 2009, though the U.S. military has not confirmed this.

The Obama administration says officials are involved in the Tahmooressi case.

Asked Thursday about the status of talks, State Department spokeswoman Marie Harf said "we've remained in touch with the Mexican officials on this."

A letter from the State Department sent a week ago to Hunter said consular officials had visited Tahmooressi a dozen times. Kerry also raised the case during meetings late last month in Mexico City.

U.S. lawmakers are also taking their case directly to the Mexican government.

"Given the extenuating circumstances surrounding Mr. Tahmooressi's erroneous arrival at the Mexican border, and the fact that he requires specific and immediate treatment for PTSD, I respectfully ask that you convey to the appropriate authorities in Mexico my fervent hope that his case be resolved expeditiously, so that he may begin treatment posthaste," he wrote in the letter.

Rubio, in a separate letter, appealed to the Mexican ambassador to the U.S. to "press for expeditious action."

In an interview with Fox News from jail on Thursday, Tahmooressi indicated his prison conditions have improved since he was first arrested.

He said he has a new lawyer -- after firing his old lawyer ahead of a hearing last month -- and has "high hopes" that he'll eventually be released.