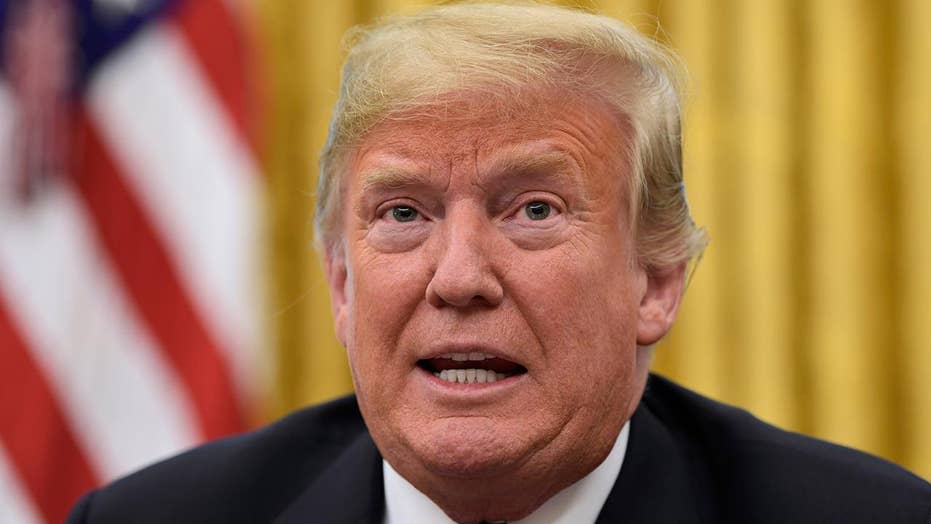 Such is the case with Hurricane Florence (at press time, now downgraded to a tropical storm, but still wreaking havoc in the Carolinas).

It’s too early to assess damage from the storm. But lawmakers are already discussing the need for a “supplemental” spending bill to pay for the cleanup.

However, Ryan added that “sometimes big storms exceed those averages. And then we appropriately respond.”

“I think it’s reasonable to assume that there’s going to be additional resources that are necessary,’ said House Minority Whip Steny Hoyer (D-Md.).

Congress cleaves federal spending into 12 uneven pieces. Each of the 12 slices represents a single appropriations bill, funding one section of government. The Pentagon slab is the largest, consuming more than 50 percent of the federal pie. The legislative branch is the smallest.

However, when disaster strikes, Congress often crafts a “13th” appropriations bill. That's called a “supplemental” measure, or a “supp,” in the parlance of Congress. Supplemental measures can cover hurricanes, tornadoes, earthquakes, flooding, droughts, forest fires, volcanoes, blizzards, ice storms -- you name it. Congress also deploys supplemental spending packages to pay for wars in Iraq and Afghanistan, and to combat terrorism. Sometimes the measures cost just a few billion dollars. But they frequently rocket into the tens (if not hundreds) of billions.

Superstorm Sandy walloped New York City and the northeastern U.S. in the fall of 2012. Yet Congress struggled to approve a supplemental spending bill to boost relief efforts. The biggest problem came in the House.

The House finally approved the Sandy supplemental spending package on Jan. 15, 2013, by a vote of 241-180. Republicans held the majority in the House at the time. But a scant 49 GOPers voted yea. Many Republicans who represent the areas now flattened by Florence voted nay.

Congress didn’t wrestle as much with emergency bills after a series of hurricanes last year that hit the Gulf Coast and Puerto Rico and the U.S. Virgin Islands.

“There were things in the Sandy bill that a lot of members didn’t think deserved to be in a disaster relief bill. Those bills have been cleaned up since then,” said Ryan, who voted nay on the Sandy legislation. “I think we’re in a much better place than we were back in the days of Sandy.”

When asked about Florence, House Freedom Caucus Chairman Rep. Mark Meadows (R-N.C.) said his state is “better prepared for this storm than others in recent memory.” However, Meadows said it seems like Congress always starts with the usual 12 spending bills and tacks on a 13th or 14th to address disasters.

“If we do another big funding bill, it begins to become the norm,” said Meadows.

In other words, Congress ignores reality when it limits itself to just 12 spending bills when in truth, lawmakers usually grapple with more.

“It’s fake math,” said Meadows. “We might as well budget for it.”

All money Congress plows onto an emergency supplemental package adds to the deficit – unless offsets are developed elsewhere. It’s unclear if Congress could try to write disaster relief bills without contributing to the deficit – and cutting from other programs.

Florence is pummeling the Carolinas right now. Yet President Trump ignited a firestorm about last year’s storms, which lashed the Caribbean. Mr. Trump tweeted that “3000 people did not die in the two hurricanes that hit Puerto Rico.” The president added that “Democrats” had concocted the number “in order to make me look as bad as possible when I was successfully raising Billions of Dollars to help rebuild Puerto Rico.”

But even Republicans turned on the president’s assessment.

“I have no reason to dispute those numbers,” replied Ryan. when asked about the veracity of the death toll. “Those are just the facts.”

Rep. Nydia Velazquez (D-N.Y.) is a native of Puerto Rico. “Despite the president’s effort to gaslight our nation and deflect blame, the Puerto Rican people know the truth,” she said. “This is the type of emotional abuse that the people of Puerto Rico cannot take any more.”

“It’s so sad to add salt in the wounds,” said Pelosi.

Democrats have heaped criticism on the Trump administration for how it addressed storm recovery efforts in Puerto Rico and the U.S. Virgin Islands. Some argue that South and North Carolina will be fine after Florence because they’re states and not territories.

The Rev. Jesse Jackson Sr. served one term as the District of Columbia’s “shadow senator.” Shadow senators are elected positions. But they don’t keep offices on Capitol Hill and hold no special status in Congress. They cannot vote.

But Velazquez disagreed with Jackson’s distinction between states and territories.

“It has nothing to do with representation,” said Velazquez, who places the blame on the administration. “They were ill-prepared.”

There will be much scrutiny in the coming days about the federal response to Florence. In fact, President Trump’s tweets about Puerto Rico could magnify scrutiny. There will be debates on Capitol Hill about an additional spending package to help the region recover. Some in Congress will claim hypocrisy if lawmakers in the Carolinas demand aid when some opposed the federal package following Sandy.

Those in the Caribbean will continue to question the response to last year’s storms.

It may be not be a time to talk politics amid this latest natural disaster. But it’s impossible to disconnect the two.