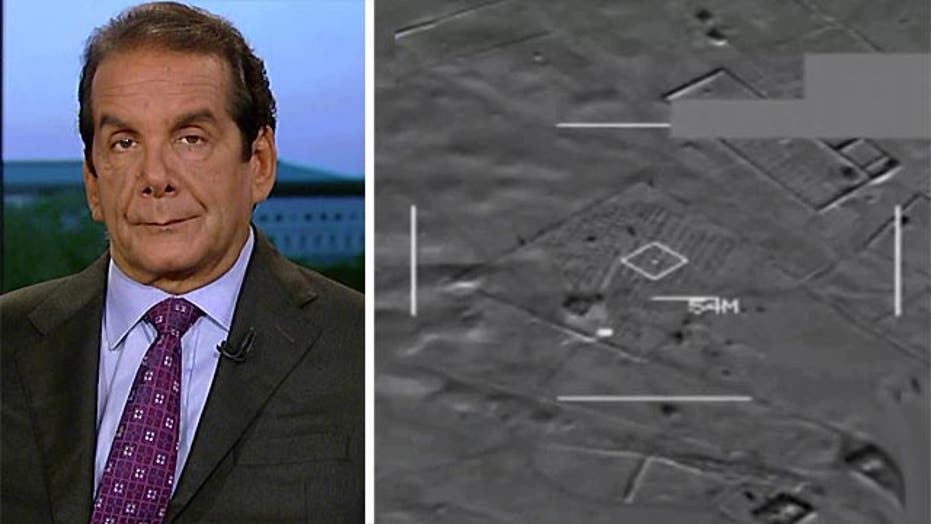 Charles Krauthammer said Tuesday on "Special Report with Bret Baier" that there is “no strategy” behind the U.S. airstrikes in Syria other than “degrading” the Islamic State, adding that without troops on the ground the operation will only be "containment."

Krauthammer, a syndicated columnist and a Fox News contributor, said it will be impossible to root out the militant group from Syria without forces on the ground.

"What the president emphasized today in his short remarks was the good political fact that we had gotten five Arab states, Sunni states, to join us in an attack on Sunni extremists,” he said. "That helps us politically and diplomatically, but it’s not a broad coalition of the kind that will make a material difference in terms of the fighting on the ground.”

Krauthammer added he believes the operation will only result in degrading the Islamic State in Syria, rather than eliminating the group from the country.

"In Syria there's no strategy other than degrading them,” he said. “They will not be destroyed in Syria. The Syrian moderates won't even be in the field for a year, and there's nobody else who will be out there, volunteering, so that means this is a containment strategy."