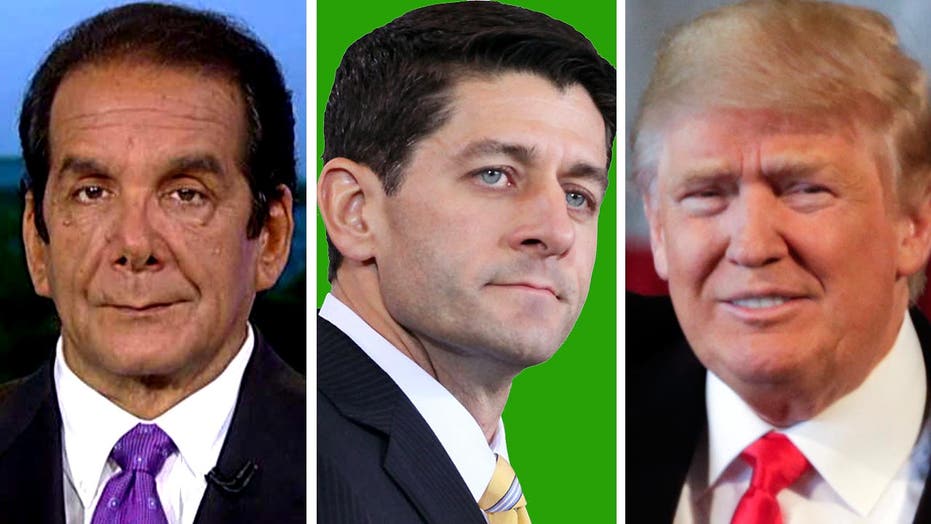 Charles Krauthammer told viewers Monday on "Special Report with Bret Baier" that Donald Trump and House Speaker Paul Ryan have an opportunity to bridge the ideological gap between them and without that cooperation, Trump won't win in November.

"The fundamental issue is that, as we heard [Trump] say, 'yes, I'm a conservative, but the party is not necessarily a conservative party' - it's clear that he is, at best, a newly-minted conservative," the syndicated columnist said. "Ryan represents his whole life - 20, 30 years - of being a Reagan Republican."

Krauthammer said that the two factions of the GOP can come together in a way that doesn't necessarily compromise their core beliefs.

"The Catholic Church once had two Popes - one in Rome, and one in Avignon," he added. "Trump is in control of Rome, and Ryan is now holed up in Avignon. And he's saying, look, I represent an important wing of the party, the traditional ideological wing - you represent new people, new ideas, and it's a populous nationalism. It's a different thing."

Krauthammer added that unless the "breach is healed" Trump will not be able to win.

"It is a breach-able one if each recognizes the others' positions without necessarily conceding them."