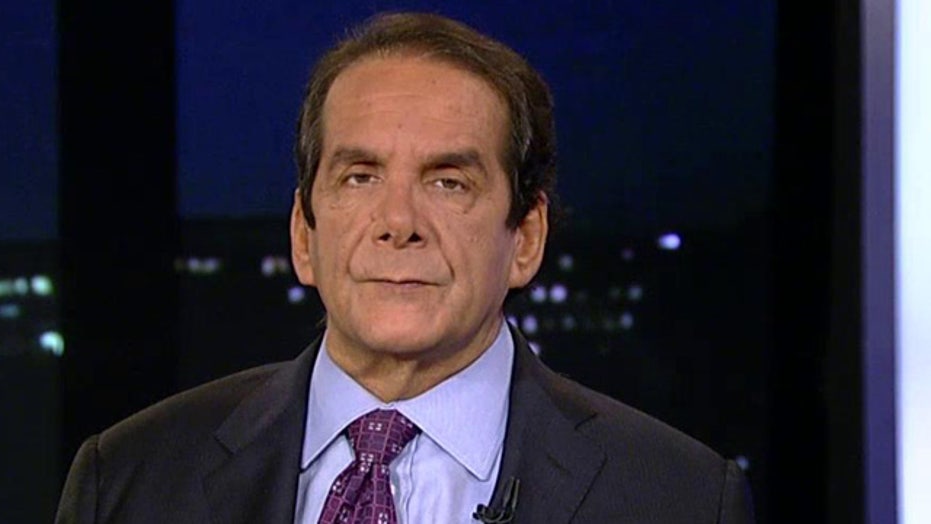 Krauthammer: Republicans Should Wait Until 2015 on Funding Battle: “Then They Will Have the High Ground”

Charles Krauthammer said Tuesday on “Special Report with Bret Baier” that it would be pointless for congressional Republicans to use a government shutdown to take a stand on President Obama’s immigration action, saying "they're about to take over the House with the largest majority since the 1920s, then they will have the high ground."

The House must approve a new spending bill before leaving for the holidays. Some Republicans had pressed to use the funding measure to express opposition to Obama’s action, which would extend deportation protections and work permits to millions of illegal immigrants already in the country.

However, Krauthammer, a syndicated columnist and and Fox News contributor, cautioned against that approach. He said Republicans are not going to be able to undo Obama's action with a government shutdown.

"Is there anybody who imagines that if Obama vetoes a continuing resolution that doesn't allow the funding of the immigration service for example, that Obama will then withdraw the executive order?" he asked. "The same way that they imagined that he would actually agree to an abolition of ObamaCare in 2013? Of course that's not going to happen."

Krauthammer said that a GOP proposal to pass a measure that funds all areas of the government through September except for the Department of Homeland Security is a better move.

"Give it three months of continuing resolution, so that when it comes up again, the Republicans will be in control of the two houses," he said.