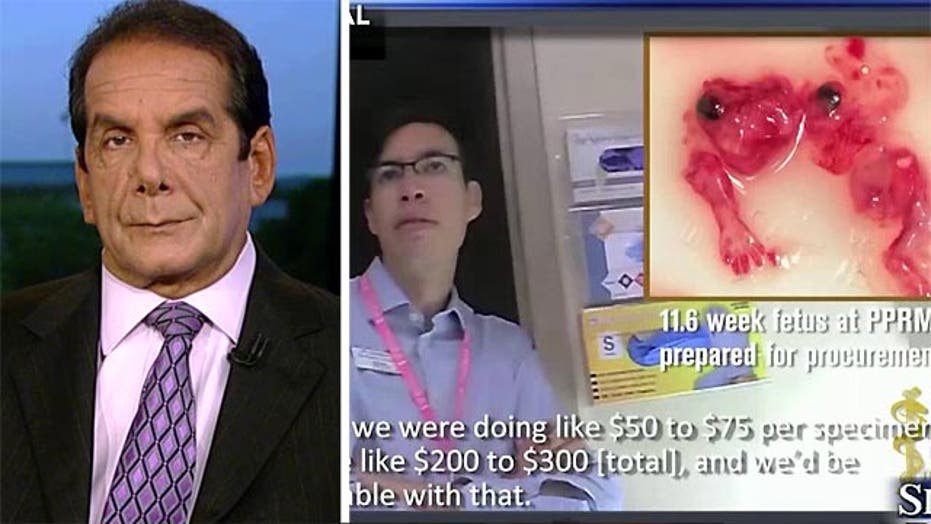 “The more you talk about it publicly, the more we're exposing what the pro-abortion side has managed to do for 30, 40 years, which is to pull the curtain on what actually happens,” Krauthammer said.

Nevertheless, he doesn’t think the organization will be stripped of federal funding anytime soon.

“I’m not sure [the undercover videos] are going to have a direct, immediate effect in the near term on Planned Parenthood. Perhaps some corporations will withhold donations,” Krauthammer said, “Given the polls in the country, I don’t think we’re going to get defunding, although it’s a fight that ought to be had.”

Despite this, Krauthammer believes the impact of the videos will be great.

“I think people don’t want to look, have never wanted to look, but now they’re seeing it. I think the long range effect is going to be profound, as profound as the advent of the ultrasound,” he said, adding, “That’s what people should focus on now. You’re not going to get a short term political outcome, but this will help to change perceptions over time.”

“The first change in public opinion on abortion, when it began to go less pro-choice, was with the advent of ultrasound, when you could see what a living human, thriving human fetus looks like as it grows inside the mother. And now what we're seeing is what happens when you destroy that entity.”