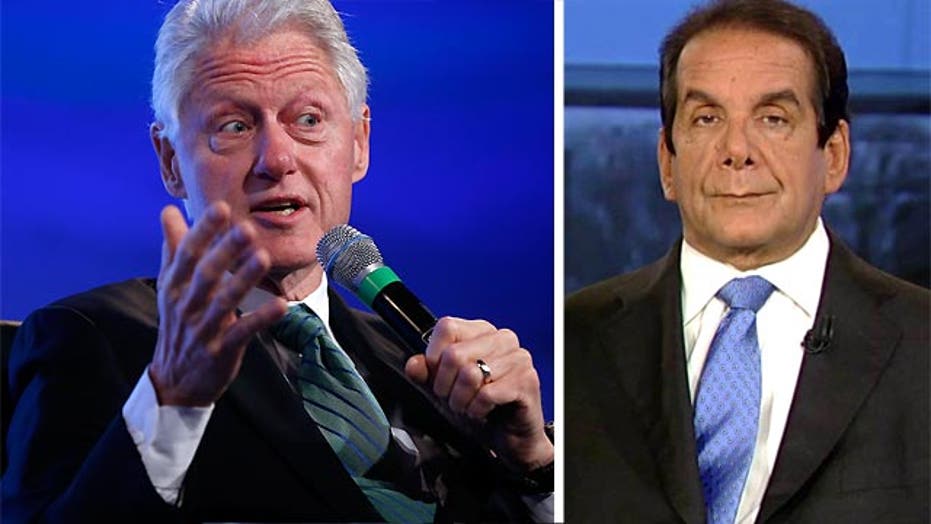 Charles Krauthammer said Wednesday on “Special Report with Bret Baier” that he agrees with former President Bill Clinton who says he is most effective as a “backstage adviser” to his wife Hillary.

Krauthammer, a syndicated columnist and Fox News contributor, told viewers that “they're going to try to leash Bill for the next year, year-and-a-half,” adding that Clinton is best at closing arguments.

“I like the way he says 'I'll be back in the background until the end,'” said Krauthammer. “Then they're going to unleash him because he does well unleashed at the end…in full flower.”