"For the president to go before the country like he just did and not just say, 'I congratulate her [and I] welcome her to the race.' -- That is what leaders do," Klobuchar told host Bret Baier.

TRUMP SLAMS KAMALA HARRIS AFTER BIDEN RUNNING MATE CHOICE, CLAIMS 'SHE WAS MY NUMBER ONE PICK'

"Instead, what did he do? He called her angry, he called her nasty, he went back to the same criticisms with the words we have heard him use against women throughout this presidency, and I just think that is crap. 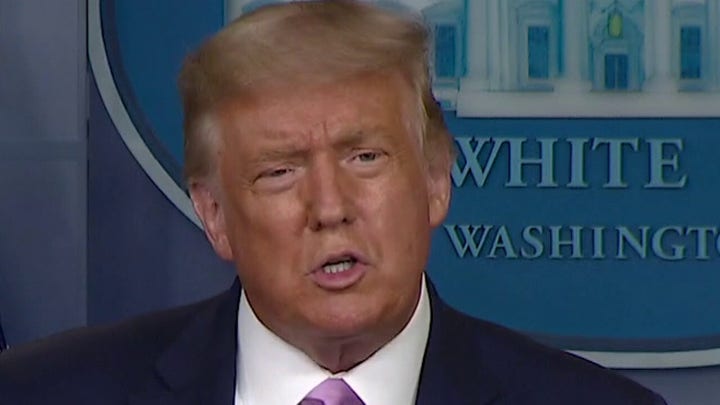 Baier said that Trump has told him in the past that his edgy comments come from his character as a "counter-puncher," to which Klobuchar responded, "I would rather have a president that didn't describe themselves in that way."

"I thought ... She showed grace under pressure like she always does," Klobuchar countered. "Think of all the people she managed at this Justice Department in California [as state attorney general], all those thousands and thousands of people. She's had to make hard decisions."