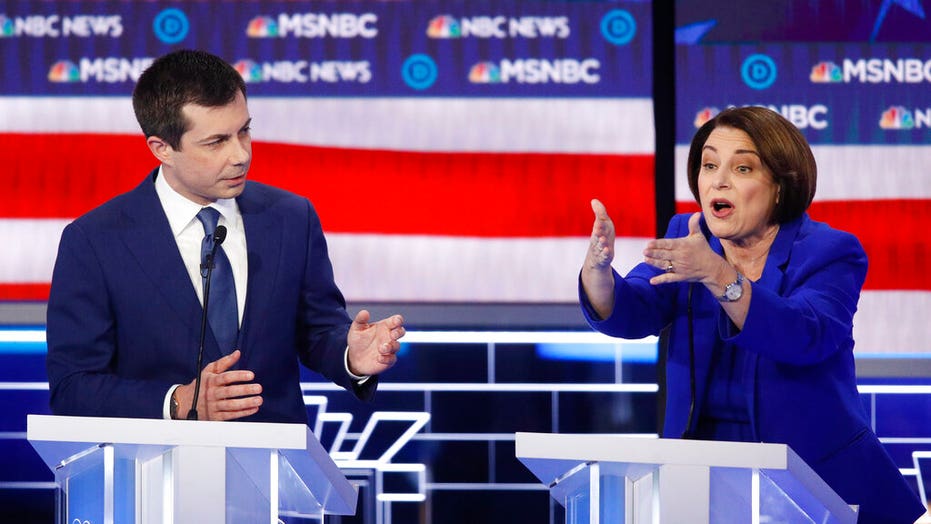 In an interview with Telemundo last week, three of the Democratic contenders -- Klobuchar, Buttigieg and billionaire Tom Steyer -- were asked who the president of Mexico is and none but Buttigieg was able to correctly name President Andrés Manuel López Obrador, who is often referred to as AMLO.

Buttigieg brought up the incident on the debate stage in Las Vegas just days ahead of the state's caucuses that will see droves of crucial Latino voters at the polls and drew the ire of Klobuchar.

"Are you trying to say that I'm dumb? Are you mocking me here, Pete?" Klobuchar said to Buttigieg, clearly irked.

"He's basically saying that I don't have the experience to be president of the United States," she added.

In the midst of the heated exchange, former Vice President Joe Biden interjected in an attempt to highlight his extensive experience with foreign leaders, saying, “I'm the only one who knows this man! I met with him!"

The AMLO bungle further bolstered Buttigieg's claims that despite his lack of experience in Washington, unlike Klobuchar, he is still knowledgable enough to be the Democratic Party's nominee.

"You're staking your candidacy on your Washington experience," Buttigieg chided Klobuchar, later pointing out she was "not able to speak to literally the first thing about the politics of the country" she was asked about.