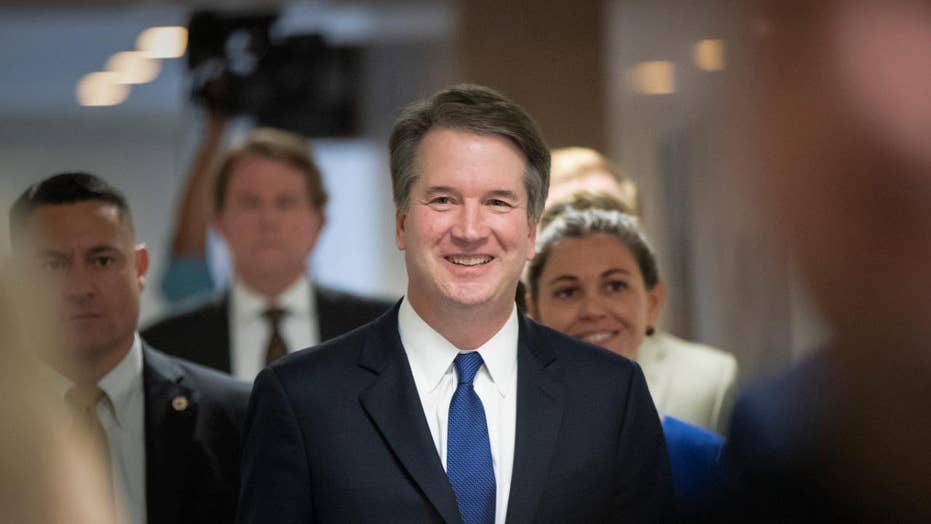 The first documents from Supreme Court nominee Brett Kavanaugh's time in George W. Bush's White House were released Thursday, including emails sent in the wake of the September 11, 2001, terrorist attacks -- messages that may play a key role in his upcoming confirmation hearing.

While most of the documents were inconsequential, including lunch plans and notifications about parking permits, some also provided a window into Kavanaugh's political leanings and how he worked with his colleagues.

In one October 2001 email chain, Kavanaugh asked colleague Courtney Elwood, now the CIA's general counsel, to "review to see if you have any additions/subtractions" on some talking points he had drafted concerning an anti-terrorism bill.

Among those talking points: the new legislation would "update laws authorizing government surveillance," which had been drafted "in an era of rotary telephones," as he put it. Kavanaugh added that "the government is currently fighting a modem war -- a war that threatens our people and our way of life -- with antique weapons."

And in 2003, after Kavanaugh wrote that he had completed a chart outlining how to handle political travel expenditures, colleague Kimberly Douglass wrote in an email to Kavanaugh that "[t]hey should give you a raise. Really. They should."

But critics on Thursday sounded the alarm about some of Kavananugh's newly released post-9/11 emails, including one that suggested he had more involvement in terrorist-detention policies than Democrats thought.

One of the concerns related to Kavanaugh's testimony before the Senate Judiciary Committee in 2006, when he was being considered for the spot on the D.C. Circuit Court of Appeals he would hold for more than a decade.

Sen. Dick Durbin, D-Ill., asked Kavanaugh about his role in the confirmation of William Haynes to be the Defense Department's general counsel, saying that Haynes was the "architect of discredited detention and interrogation policies."

Kavanaugh responded: "I did not -- I was not involved and am not involved in the questions about the rules governing detention of combatants or -- and so I do not have the involvement with that."

But a November 19, 2001 email to Kavanaugh from a Justice Department official, Pat O'Brien, requested assistance from the White House Counsel's office on an imminent hearing before the Senate Judiciary Committee. 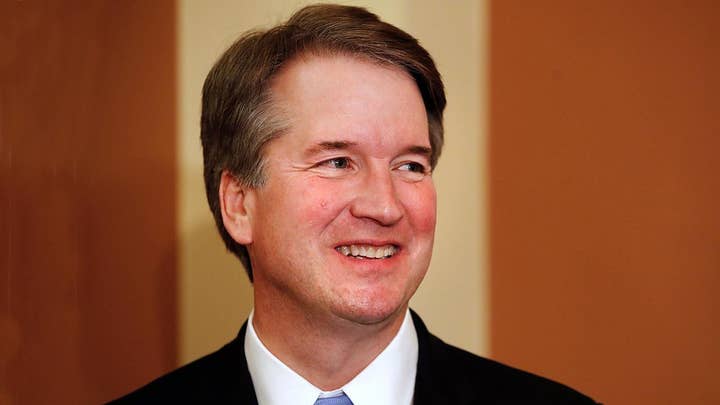 In the hearing, O'Brien wrote in the email, "post 9/11 actions by the Justice Department" would be under the microscope, including "military tribunals, monitoring of atty/client conversations, racial profiling, etc."

Later that day, the documents released Thursday show, Kavanaugh replied to a colleague in the White House Counsel's office, Bradford Berenson: "I am happy to help out with this on the attorney-client issue, but you should obviously handle tribunals."

The White House pushed back on the suggestion that Kavanaugh had lied under oath, saying Thursday that Durbin's questions didn't pertain to issues like attorney-client privilege at all.

“At no point did Senator Durbin ask the judge about other legal issues pertaining to the war on terrorism, such as detainees’ legal rights,” White House spokesman Raj Shah said.

The 5,700 pages from Kavanaugh's time in the White House counsel's office, a slim fraction of those available, were posted on the Senate Judiciary Committee's website after being compiled by a lawyer representing the former president as part of the GOP's expedited review process.

Kavanaugh's five years working for Bush, as a White House counsel and staff secretary, are the subject of a fierce dispute between Senate Republicans and Democrats about the scope of documents being made available. The battle over the paper trail has come to dominate the debate over confirming the 53-year-old appellate judge to replace retiring Justice Anthony Kennedy.

The records cast light on Kavanaugh's role in the selection of judicial nominees when he served in the White House counsel's office. The documents showed he took an interest in news and editorial coverage of Democratic resistance to some of Bush's early nominees to appellate judgeships.

"This was great," Kavanaugh wrote in a July 8, 2001, email that included a copy of a Washington Post column by Benjamin Wittes, then a member of the editorial board, making the case that "the ideological stakes in the appointment of lower court judges should not be overstated." Wittes has emerged as a prominent Trump critic.

Another email carried the heading, "Good editorial in Chicago Tribune," and included a piece calling on the Senate to act on Bush's judicial nominations "without undue delay."

The records also contain fleeting, and decidedly tame, glimpses of the budding relationship between Kavanaugh and his future wife, Ashley Estes, who was serving as a secretary to the president. Kavanaugh has said their first date was on the night before the September 11 attacks.

Estes asked Kavanaugh in an email on March 27, 2002, "what time do you get off today and are you up for dinner, etc. or no?" Kavanaugh replied a minute later, "yes on dinner; not sure on time off, but should be 7:30ish, maybe earlier."

The National Archives and Records Administration is screening nearly 1 million pages related to Kavanaugh's time in the White House to make sure none of the material is subject to executive privilege under the Presidential Records Act. It says the review will not be completed until the end of October.

Senate Judiciary Committee Chairman Chuck Grassley, R-Iowa, has promised the most transparent process yet, compared to previous nominations. Already, the panel has posted thousands of other documents related to Kavanaugh, including his questionnaire and his more than 300 court cases as an appellate judge.

However, Democrats complain that Bush's lawyer has been able to review and release the White House documents selectively and on an expedited basis without full oversight from the Archives.

"Take note: Unless it was produced by the National Archives, every document you see from Judge Kavanaugh’s White House tenure was selectively chosen for release by his former deputy, Bill Burck," Durbin tweeted Thursday. "This is not an objective process."

Democrats have complained that Republicans were reviewing paperwork only from Kavanaugh's work in the counsel's office; the Democrats also wanted records from his three years as staff secretary, where he touched almost every paper that reached Bush's desk. Burck worked under Kavanaugh at the Bush White House.

Because Republicans hold a majority in the Senate, confirmation is likely, but with the Senate narrowly divided 51-49, they cannot afford a defection in their ranks if all Democrats vote no. Dates have not yet been set for Kavanaugh's confirmation hearings.