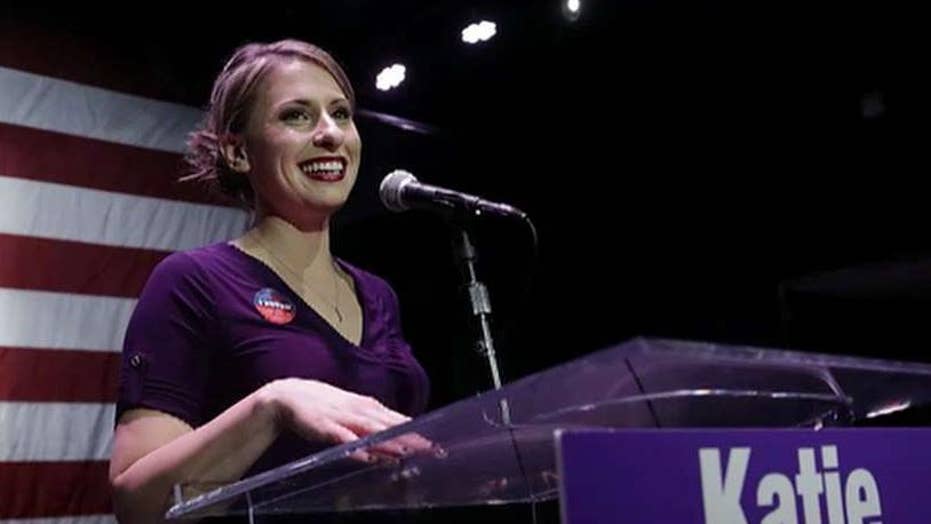 California Congresswoman Katie Hill was a rising star in the Democratic Party and had been hand-picked by Speaker Nancy Pelosi for a leadership position; Jonathan Hunt reports from Los Angeles.

Rep. Katie Hill, D-Calif, who resigned from Congress over the weekend following reports casting an embarrassingly bright light on her personal life, released a video on Monday saying she is going to “fight to ensure that no one else has to live through what I just experienced.”

On Monday afternoon, Hill tweeted out the four-minute video and wrote, “You all deserve to hear from me about why I made this devastating decision and where things go from here.

“I said the fight continues. I mean it, and I hope you’re with me.”

Hill, 32, announced her resignation on Sunday evening. A reported affair with her legislative director had sparked a House Ethics Committee investigation.

“I made this decision so that my supporters, my family, my staff and our community will no longer be subjected to the pain inflicted by my abusive husband and the brutality of hateful political operatives,” Hill said in the video.

“This coordinated campaign carried out by the right-wing media and Republican opponents, enabling and perpetuating my husband's abuse by providing him a platform, is disgusting and unforgivable. And they will be held accountable.”

She added, “But I will not allow myself to be a distraction from the constitutional crisis we're faced with and the critical work of my colleagues. And so I have to take my personal fight outside the halls of Congress.”

Last week Hill fought back against reports of an affair with the congressional staffer, as well as reports she was in a so-called "throuple" relationship with husband Kenny Heslep and a campaign staffer.

This past Thursday, the political fallout for Hill escalated as compromising photos of the freshman lawmaker surfaced. The Daily Mail published one photo of what appeared to be Hill undressed and holding a bong, and another of her kissing the campaign staffer.

The photos emerged shortly after the conservative website RedState.org posted screenshots of several text messages between Hill and the staffer detailing the reported end of their three-person relationship earlier this year and reported on intimate pictures including a nude photo of Hill brushing the staffer’s hair.

According to the texts that were shown, Hill wanted to focus on her work and suggested that “political risk” was a factor.

Hill, an openly bisexual congresswoman and the vice chairwoman of the powerful House Oversight Committee, admitted Wednesday she had an “inappropriate” relationship with the female campaign staffer.

In a letter sent to constituents on Wednesday and obtained by Fox News, Hill acknowledged that in the final years of what she called an “abusive marriage,” she began a relationship with the unnamed campaign staffer. 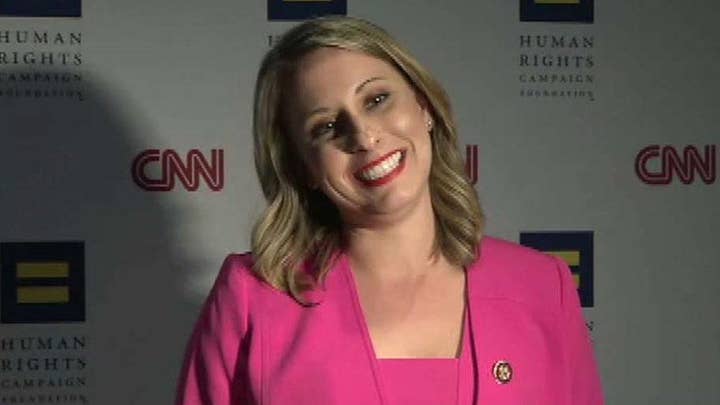 RedState also reported earlier this month that Hill had an extramarital affair with Graham Kelly, her legislative director and former campaign finance director, for at least a year. Heslep was said to have shared his own screenshot of a text exchange he had with a friend who had heard about the affair; it was later deleted from his Facebook account.

In Sunday’s statement announcing her resignation Hill apologized writing: “For the mistakes made along the way and the people who have been hurt, I am so sorry, and I am learning – I am not a perfect person and never pretended to be. It’s one of the things that made my race so special.”

A teary-eyed Hill apologized once again in Monday’s video, saying, “I'm hurt. I'm angry. The path that I saw so clearly for myself is no longer there. I've had moments where I've wondered what the last three years of my life were for and if it was worth it.”

She added: “I never claim to be perfect, but I never thought my imperfections would be weaponized and used to try to destroy me and the community I've loved for my entire life. For that, I am so incredibly sorry.”