Karl Rove says that there is an ongoing struggle between House committee chairs and the Democratic leadership over whether to proceed with impeachment hearings.

Fox News political contributor Karl Rove said Thursday that if Democrats continue pushing impeachment proceedings for President Trump, they could alienate a vital voting demographic they need to capture in 2020.

"It puts them at odds with the independents who are going to end up deciding the 2020 election," Rove said while appearing on "The Daily Briefing."

"What happens if we have 12 or 13 months and the Democrats talk about investigation and impeachment and the support for that among independents continues to drop?" he asked.

Some Democrats have reacted to Special Counsel Robert Mueller's report, released in April, by calling for impeachment proceedings. Scrutiny around that report seemed to mount as Attorney General William Barr testified before the Senate on Wednesday, and many suggested Barr refused to act as an impartial arbiter in the matter.

Although some Democrats have called for impeachment, polling has revealed that independents largely oppose that. Rove cited post-Mueller report polls which showed both a drop in independents' support for impeachment and more independent opposition to such a move.

Rove also told Fox News host Dana Perino that Trump should avoid the issue and focus on his economic record. "Let the Democrats spend the time talking about an investigation and impeachment," he said.

"He doesn't need to spend a lot of time talking about that. There are lots of natural allies and increasingly a lot of natural resistance among independents."

Democrats have also faced resistance within their own party as House Speaker Nancy Pelosi, D-Calif., repeatedly threw cold water on the idea. "We're not there yet," she said in April. 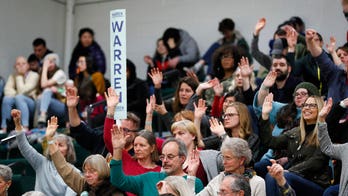 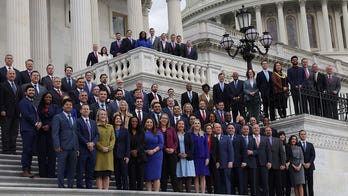