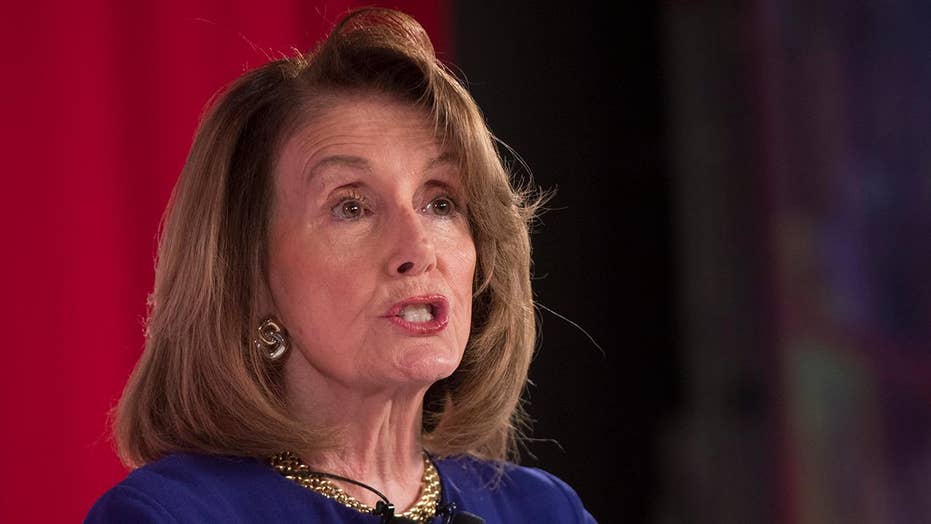 Pelosi on impeaching President Trump: We're not there yet

Speaker Pelosi speaks about the possibility of impeaching President Trump during the TIME 100 Summit.

House Speaker Nancy Pelosi, D-Calif., said Tuesday that President Trump's conduct as described in the Mueller report was "unethical, unscrupulous and beneath the dignity of the office he holds,"  but added that she was "not there yet" in supporting the initiation of impeachment proceedings.

In an interview at the Time 100 summit in New York City, Pelosi called impeachment "one of the most divisive paths that we could go down in our country" before adding that "if the path of fact-finding takes us there, we have no choice. But we're not there yet."

Pelosi made her remarks one day after telling members of her caucus on a conference call that there were no immediate plans to move forward with impeachment, saying: "We don’t have to go to articles of impeachment to obtain the facts, the presentation of facts." On Tuesday, Pelosi said that 177 House Democrats "were on the call for 87 minutes, 70 minutes at least of that was listening to the comments of 20 members who called in ..."

"There are many ways to hold the president of the United States accountable," Pelosi added. " ...This is about being totally free from passion, from prejudice, from politics It's about the presentation of the facts, and when we have the facts, we'll have a better idea about how we go forward."

At least three Democratic presidential candidates -- Sen. Elizabeth Warren of Massachusetts and Kamala Harris of California, as well as former Secretary of Housing and Urban Development Julian Castro -- have called on Congress to launch impeachment proceedings. Their demands have been backed by two prominent freshman Democrats, Reps. Ilhan Omar of Minnesota and Alexandria Ocasio-Cortez of New York.

Speaker Pelosi discusses the fallout of the Mueller report during the TIME 100 Summit.

On Tuesday, Pelosi played down reports of divisions among Democrats over the impeachment issue, saying: "There are some people who are more eager for impeachment, many more eager to just follow the investigation … I don’t think it’s a growing number [who support impeachment.]"

On Tuesday, Pelosi accused the White House of "stonewalling" after lawyers for Trump sued to block a subpoena issued by the House Oversight Committee seeking the president's financial records.

"This is a moment in our history," the speaker said. "As I say, it’s not about politics. It’s about patriotism. It’s an existential threat, this administration, to our democracy in terms of our Constitution, Article I, the legislative branch [as] spelled out in the Constitution, the power of oversight over other branches of government, [and] the right to know."