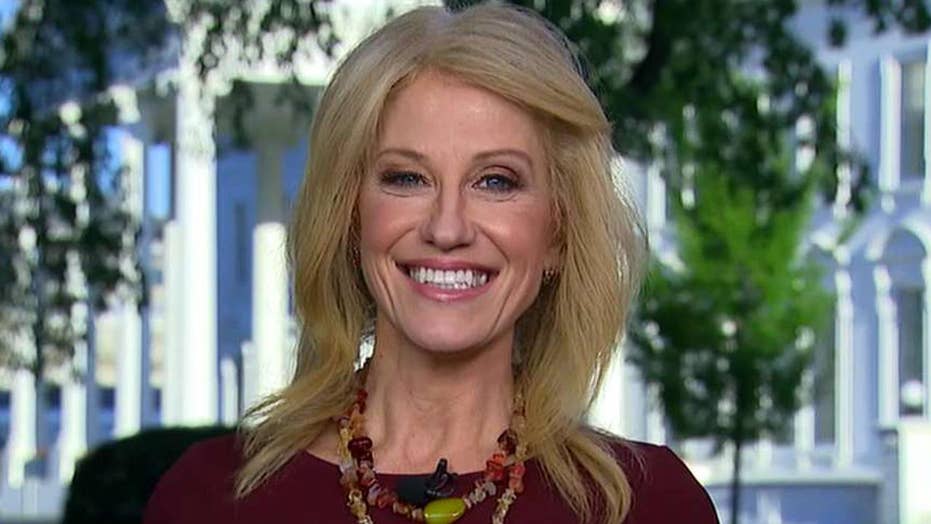 Kellyanne Conway: We are going to fight for reasonable restrictions and regulations on abortion

Counselor to the president Kellyanne Conway responds to reports the White House may consider new legal limits on abortion.

The Kansas Supreme Court Friday struck down a ban on surgical abortions, ruling that the state's constitution protected women's choice to engage in that activity as a "right."

In a 6-1 decision, the Court ruled that the state constitution incorporated language from the Declaration of Independence that recognized that certain rights predated the country. The Declaration's "natural, inalienable rights," the Court said, included "personal autonomy" and therefore abortion.

"This right allows a woman to make her own decisions regarding her body, health, family formation, and family life—decisions that can include whether to continue a pregnancy," the majority opinion read.

The case emerged after two abortion doctors challenged a 2015 law — known as the Kansas Unborn Child Protection from Dismemberment Abortion Act — which prohibits dilation and evacuation abortions, often referred to as "dismemberment abortions" because, as a lower court said, the procedure sometimes involved dismembering the fetus.

Newly-elected Governor Laura Kelly praised the Court's decision for recognizing at a state level what federal law has already said.

“While federal law has long guaranteed every woman the right to make their own medical decisions in consultation with their healthcare providers, I’m pleased that the Kansas Supreme Court’s decision now conclusively respects and recognizes that right under Kansas law as well," she said.

On Monday, Kelly also vetoed a bill that would require doctors to notify patients of a way to halt a medication abortion.

The decision faced opposition from state Sen. Susan Wagle, R-Wichita, who argued the state's constitution contained no "right to the violent act of abortion."

The ruling was just the latest in a long line of legal developments surrounding abortion access in states across the country. Like Kansas, multiple state legislatures have passed laws prohibiting second trimester abortions and, in some cases, abortions when a doctor can detect a heartbeat.

State-level legislation has provided test cases that the Supreme Court could consider as Justice Brett Kavanaugh helped conservatives solidify a majority. Expecting that the Court could overturn major abortion precedent, states have either enacted changes to their constitutions or tried to pre-empt future attempts to restrict abortion access.

New York Govenor Andrew Cuomo, for example, specifically cited Roe v. Wade — which blocks state attempts to restrict abortion — when he passed a law  earlier this year that would decriminalize abortions up to the point of birth.

While it's unclear how Kavanaugh will rule on abortion, Planned Parenthood has already fought to protect abortion access in a variety of ways at the state level. On Tuesday, the organization's president,  Dr. Leana Wen, called on state leaders to defy the administration's decision to revoke Title X family planning funding from clinics that refer women for abortions.

Shortly after Wen's comments, a federal judge in Oregon vowed to oppose the administration's decision and another in Washington state blocked the so-called "gag rule" at a national level. Wen's organization also praised the Kansas decision on Friday with Wen warning anti-abortion politicians that her organization would "never stop fighting to safeguard" abortion access.