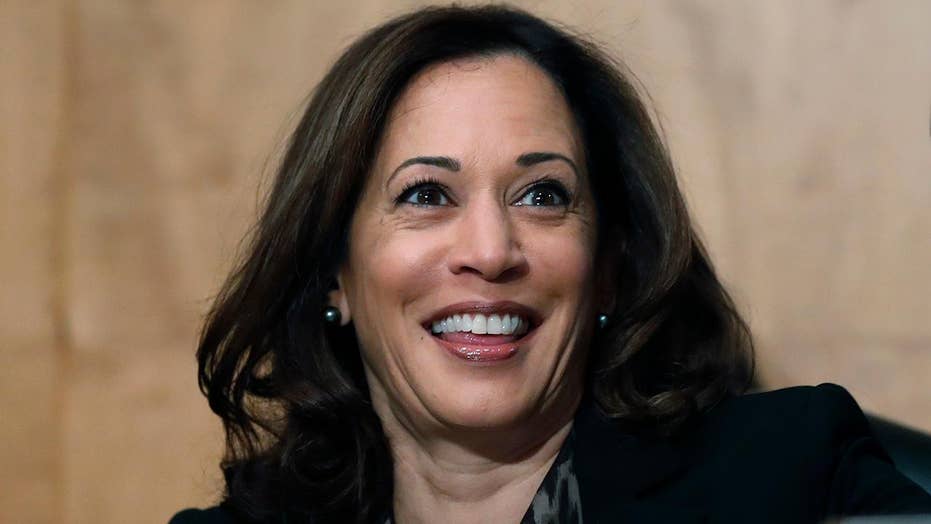 Veteran campaign finance lawyer Marc Elias will serve as the campaign's general counsel; Angelique Cannon, who worked for Clinton's 2016 campaign, will serve as national finance director; and David Huynh, who was Clinton's director of delegate operations in 2016, will serve as a senior adviser.

Additionally, the California senator’s sister and former top adviser to Clinton, Maya Harris, has joined as the campaign chair. And Juan Rodriguez, who ran her 2016 Senate campaign, will manage her presidential bid.

Sergio Gonzales, a former regional director for Hillary for America, was also hired by the campaign to serve as a senior policy adviser, according to the Washington Free Beacon.

Elias, of the Seattle-based law firm Perkins Coie, has provided legal counsel to several high-profile Democrats – including the DNC – and spearheaded the recount efforts in Florida to keep Bill Nelson in the Senate. Nelson ultimately lost to Republican Rick Scott.

He worked as general counsel for both John Kerry's unsuccessful presidential campaign in 2004 as well as Clinton's in 2016.

KAMALA HARRIS’ CAREER, FROM CALIFORNIA DISTRICT ATTORNEY TO US SENATE

Harris officially announced she’s running for president on Jan. 21, what would have been the 90th birthday of slain civil rights leader Martin Luther King Jr. She planned a formal launch for later this month in Oakland. The campaign will be based in Baltimore with the second location in Oakland.

Her staff says she plans to reject the assistance of a super PAC, as well as corporate PAC money. She's invested heavily in cultivating a digital, small-dollar donor network.

With her declaration, Harris joined what is expected to be a crowded field of Democratic presidential candidates. Sens. Elizabeth Warren of Massachusetts and Kirsten Gillibrand of New York have both formed exploratory committees. Sens. Cory Booker of New Jersey, Sherrod Brown of Ohio and Amy Klobuchar of Minnesota are also looking at the race.