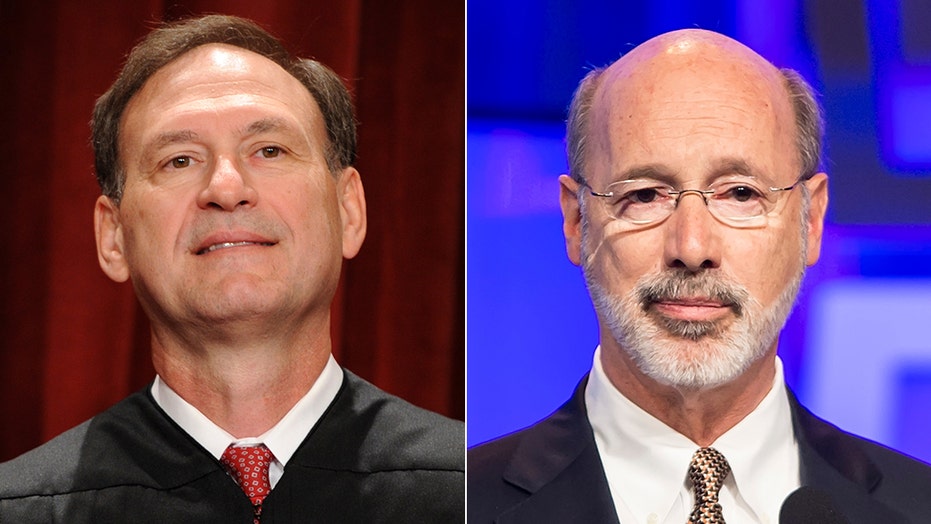 Justice Samuel Alito this week ordered the Pennsylvania government to respond to arguments from a variety of Pennsylvanians asking the Supreme Court to halt enforcement of Gov. Tom Wolf's strict stay-at-home order, aimed at fighting the coronavirus, because they say it is unconstitutional.

The Pennsylvanians behind the suit – called petitioners in Supreme Court parlance – are arguing that their rights under the First, Fifth and 14th Amendments have been violated through Wolf's order. The petition lays out a variety of grounds on which it says the order is unconstitutional.

Alito, who handles emergency requests such as this one for the Third Circuit, which encompasses Pennsylvania, found those arguments convincing enough to order that Pennsylvania respond with a defense of Wolf's order by Monday.

The group of petitioners from Pennsylvania includes Danny DeVito, a candidate for the state House of Representatives, who says the order keeps him from accessing his campaign office whereas his incumbent opponent can access her office. There is also a golf course that claims it is losing revenue because it is not able to open thanks to Wolf's order and a real estate agent who says she is unable to work because her business was put on a list of "non-life-sustaining" businesses.

To support their claims, the petitioners also cite a variety of bleak economic metrics, outside criticism of Wolf's order, and concerns "about the arbitrariness of the waiver process" that doles out exceptions to the order, among other things.

"Part of our legal challenge is the arbitrariness and capriciousness of the list, of which industry is on which classification," Marc Scaringi, the Harrisburg-based lawyer representing the petitioners said. "The whole thing is fundamentally based on terms that have no clear knowing, understandable definition."

On Monday, Wolf announced the lifting of some restrictions on businesses related to certain outdoor activities beginning May 1. He's planned to reopen the economy on a "regional, sector-based approach," according to a plan released earlier this month.