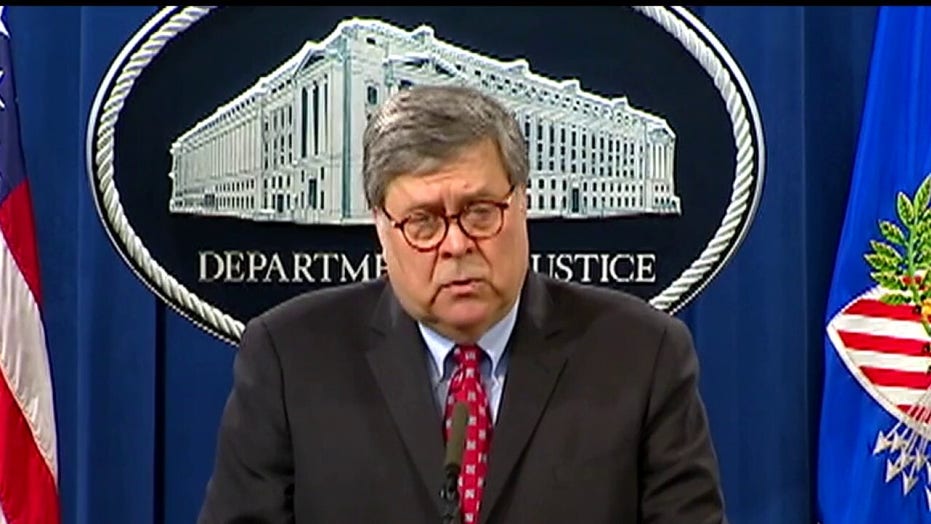 The Justice Department is urging states and localities to apply the same rules to George Floyd protests as they would to people opposing coronavirus lockdowns and those wanting to hold religious gatherings.

The DOJ intervened in several state and local matters this week, advocating the same protections under the First Amendment be applied to all matters of political protest and religious services.

In California, the Justice Department filed a friend-of-the-court brief in the U.S. Court of Appeals for the Ninth Circuit in support of a lawsuit raised by two individuals, Ron Givens and Christine Bish, seeking to hold peaceful in-person protests of 500 to 1,000 people, with social distancing, on the grounds of the California State Capitol Building.

Givens, a firearm instructor, has been seeking to hold a protest at the California capitol objecting to the state’s delay, due to the COVID-19 outbreak, in conducting background checks for gun purchasers.

Bish, a candidate for the U.S. House of Representatives in the 2020 general election, also wishes to organize a protest relating to the state’s response to the outbreak of the novel coronavirus pandemic.

In the brief, the Justice Department wrote that the district court wrongfully denied Givens and Bish’ request for injunctive relief against California’s total ban on peaceful protests, noting that while states have broad authority to protect the public during the COVID-19 pandemic, the First Amendment “does not give them carte blanche to ban peaceful public protests and rallies.”

The DOJ added in its brief that “Floyd’s tragic killing has shown the importance of peaceful public protests to maintaining our civic fabric.”

“The First Amendment does not allow California to selectively enforce its protest rules by allowing large gatherings of over 100—often without permits—in response to the Floyd tragedy, and at the same time, apply tougher rules to other protests, such as those by Givens and Bish,” a DOJ official told Fox News Friday. 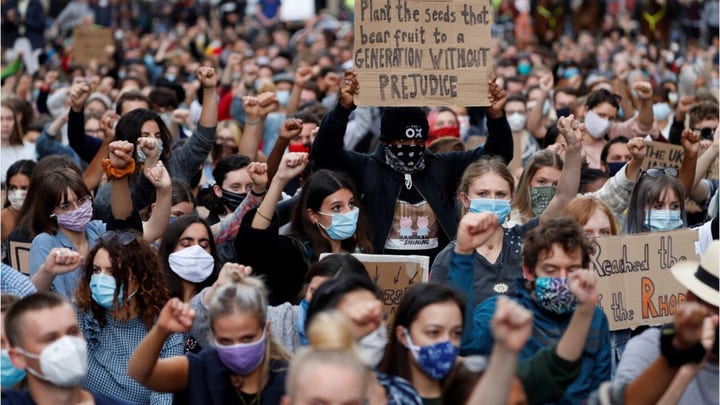 The letter applauded local officials for allowing gatherings for political protest in response to the death of Minneapolis man George Floyd in police custody last month, but urged local officials to ensure that the county’s executive orders and enforcement of them also respect the rights of residents to practice their faith.

“During a crisis it is important for people of faith to be able to exercise their religion,” Assistant Attorney General for Civil Rights Eric Dreiband wrote. “Montgomery County has shown no good reason for not trusting congregants who promise to use care in worship the same way it trusts political protesters to do the same.”

Dreiband added that the DOJ “will continue to take action if states and localities infringe on the free exercise of religion or other civil liberties.”

In April, the DOJ intervened in a Mississippi church’s lawsuit by saying in a court filing that it "strongly suggests that the city’s actions target religious conduct" after the church sued police for ticketing congregants during a drive-in service amid coronavirus.

It sided with Temple Baptist Church in Greenville, Miss., after Greenville police officers began issuing $500 tickets to congregants who refused to leave a parking lot where the church was holding a drive-in service.

In the statement of interest, Attorney General William Barr said that the city “appears to have thereby singled churches out as the only essential service (as designated by the state of Mississippi) that may not operate despite following all CDC and state recommendations regarding social distancing."