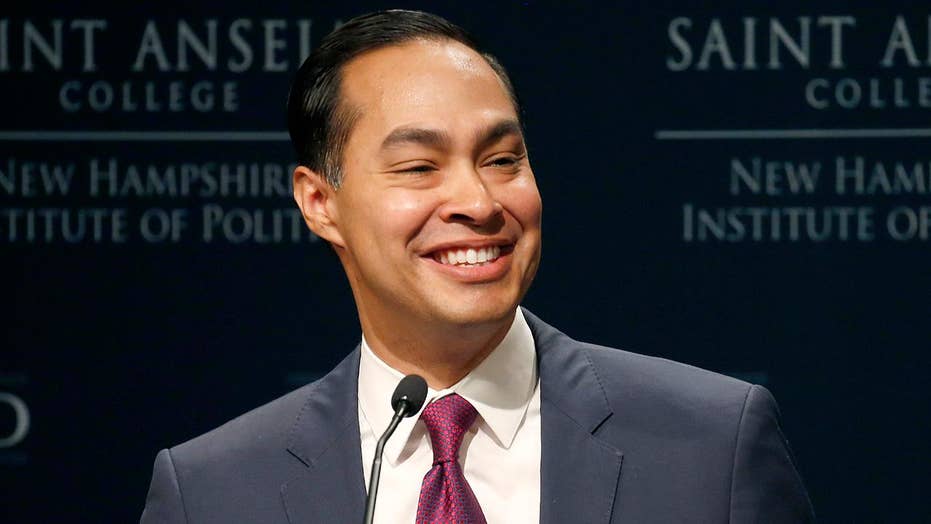 2020 presidential candidate Julián Castro doubled down Monday on his support for reparations to descendants of slavery.

In the wide-open field of Democrats, Castro so far is one of three candidates who've backed the policy, which the last Democrat in the White House, former President Barack Obama, had opposed. The other two who've indicated they support reparations are Sens. Kamala Harris of California and Elizabeth Warren of Massachusetts.

The former secretary of Housing and Urban Development under President Obama was asked about his stance by MSNBC’s Steve Kornacki, who cited a 2016 Marist poll that showed an overwhelming majority of Americans opposed reparations.

“I wonder if you could just talk a little bit more about what it is you would do as president when it came to that, and if you are worried that it sends a message to that 68 percent of Americans who say that they’re against it, that maybe you are out of the mainstream a little,” Kornacki said to the candidate.

“This is not something that I see through a political lens. I have long believed that this country should resolve its original sin of slavery and that one of the ways we should consider doing that is through reparations for people who are the descendants of slaves,” Castro responded. “It is interesting to me that under our Constitution and otherwise that we compensate people if we take their property. Shouldn’t we compensate people if they were property sanctioned by the state? So, I believe that that is a conversation worth having, and I see that as right and wrong and I don’t see that political or non-political.”

The former San Antonio mayor elaborated that he would, as president, establish a “task force” that would determine how reparations would be paid out, but stressed that a “dark cloud” still hung over the country and that he was not “naïve” about disagreements over the policy.

“I believe that we ought to move forward in the 21st century as one nation with one destiny and that until that issue is resolved, until that original sin is addressed, we may think that we are moving forward as one nation, but I don’t think we ever really will,” Castro added.