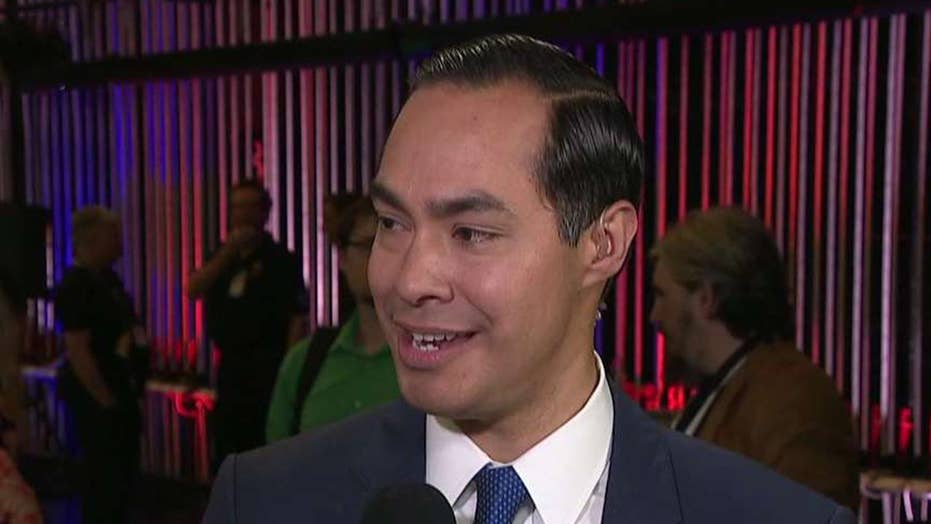 MIAMI – After months of struggling for attention in the crowded Democratic presidential primary, former Obama administration official Julián Castro claimed momentum in the wake of Wednesday night’s debate, as he doubled down on unapologetic left-wing stances on immigration and abortion that helped him stand out from his competitors.

“Coming into the debate, it was clear that I had to introduce myself to the American people,” Castro told reporters Thursday morning at a hotel about a mile away from the debate site. “There were a lot of voters who didn’t know who I was, what I’d like to do if I’m elected president. And I accomplished my goal for the debate.”

Castro, the former secretary of Housing and Urban Development and mayor of San Antonio, said the debate showed he can “hold my own, and go toe to toe with Donald Trump.” Liberals and immigration activists said on Twitter they were glad to see Castro finally getting some attention.

A sign of the new-found interest in Castro: after the debate, Google saw a 2,400 percent spike on Castro searches. Castro said Thursday he believes the debate was his campaign’s best fundraising day of the campaign.

Among the reasons: his clash with fellow Texan Beto O’Rourke – the former Texas congressman who has largely overshadowed Castro until now – over getting rid of Section 1325 of the Immigration and Nationality Act that would decriminalize illegal border crossings.

During the debate, Castro also delivered an emotional response to the recent photos of the father and his 23-month-old daughter who died trying to cross the river to ask for asylum in this country, saying it should “piss us all off.”

Speaking to reporters Thursday, Castro reiterated calls to repeal that section of immigration law and challenged other Democrats to support it. He also pushed back against conservatives who said he was advocating for an open borders approach.

“Open borders is just a right-wing talking point,” he said. “It doesn’t matter what Democrats do on immigration.”

Castro insisted that he believes the United States should still secure the border, even as he calls for revoking the law that makes it a federal misdemeanor to cross the border without authorization. He said that section of law is used by the Trump administration to detain migrants.

“Nobody is calling for open borders,” he said. “We have 654 miles of fence. We have thousands and thousands of personnel at the border. We have planes, helicopters, boats. We have security cameras. All involved in border security. We can maintain a secure border, but we can also treat people with basic respect and compassion and commons sense.”

The Trump campaign, however, accused Castro of supporting just that.

“Why was he getting Googled?” Jim McLaughlin, a Trump campaign pollster, said on “Fox and Friends First.” "Because they were looking at him because he's the one whose the most radical and the most left on immigration. He wants open borders."

Still, the debate showed how far the party is moving left on hot-button issues. In one answer on abortion, Castro said he believes in “reproductive justice” and emphasized his support for abortion rights for transgender individuals.

“Let's also not forget someone in the trans community, a trans female, is poor, doesn't mean they shouldn't have the right to exercise that right to choose,” he said during the debate. “And so I absolutely would cover the right to have an abortion.”

Speaking to reporters at the hotel, Castro refused three times to say whether he supports any limits on late-term abortion – a topic that has imperiled Democrats across the country.

Each time asked, Castro replied, “I believe a woman should make that choice.”