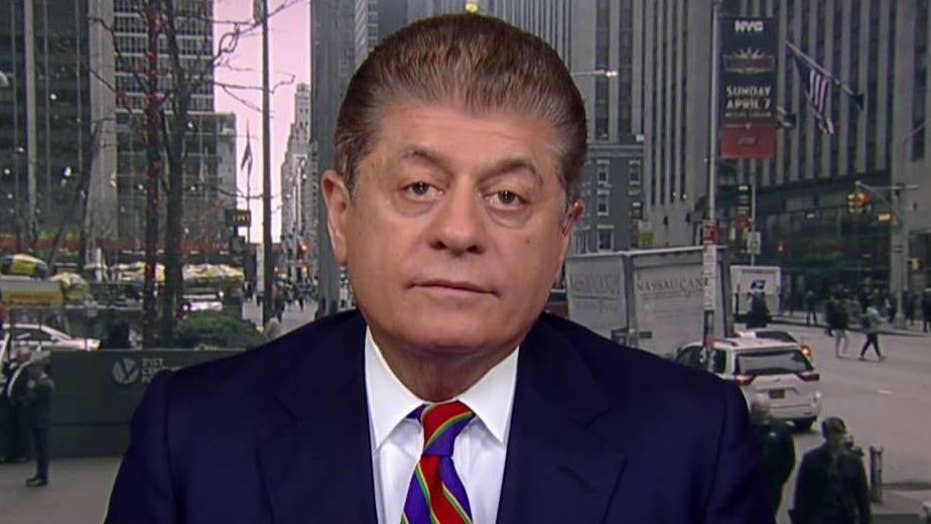 Judge Andrew Napolitano believes that a probe by Sen. Lindsey Graham, R-S.C. , will re-evaluate the Foreign Intelligence Surveillance Act (FISA) and its “potential for abuse,” eventually leading to major changes on the heels of the Mueller report.

“Senator Graham, who is a lawyer and military judge as well as a senator, is aware that FISA poses the potential for abuse,” Napolitano, Fox News' senior judicial analyst, said Monday on “America’s Newsroom.”

“Some of us have been arguing… for 41 years, that’s the time that FISA has been in existence, that it has a corrupting effect on the FBI. That it is too easy to start an intelligence operation with FISA rules by presenting shaky evidence to FISA judges and getting a search warrant on innocent people and then morph that into a criminal investigation.”

Graham said Monday that he will probe alleged abuses of FISA at the start of the Russia investigation.

“And I think he’s not going to be surprised by what he finds. But he’s going to have a treasure trove of potential corrections by way of legislation that the Congress can make.”