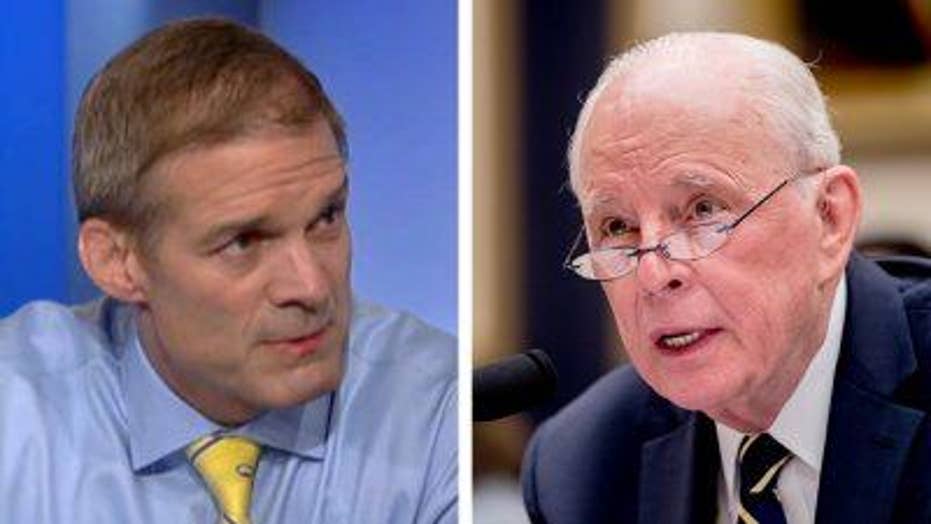 The House Judiciary Committee hearing that featured witness John Dean may not have accomplished anything substantive but was likely meant to hurt the president.

House Freedom Caucus member Jim Jordan made the claim Monday on "The Ingraham Angle," telling host Laura Ingraham the hearing was part of a "pattern."

"I don't know if they accomplished anything, but this is their pattern," Rep. Jordan, R-Ohio, claimed.

He pointed back to January, noting one of the first witnesses on Capitol Hill was former Trump attorney Michael Cohen.

"This is just their pattern and it's all about them trying to get the president." 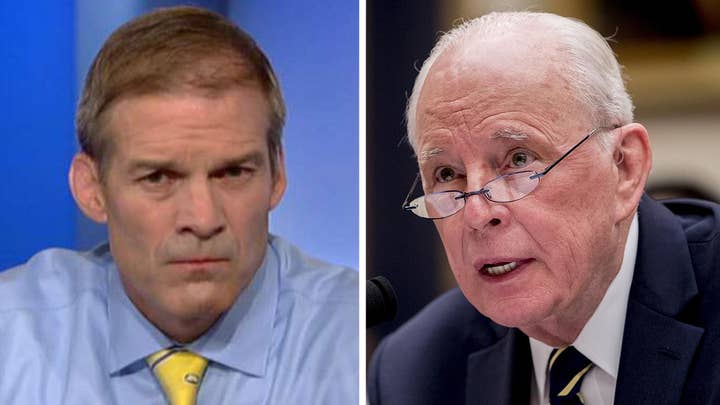 Dean, a onetime member of former President Richard Nixon's staff, testified against the Republican before the Senate Watergate Committee in 1973. Dean later served four months in prison for his role in the Watergate scandal.

During the hearing, Jordan read tweets from Dean criticizing President Trump, asking him to confirm whether he posted them.

Trump called Dean a "sleazebag" in his own tweet sent before the hearing.

"They are even bringing in CNN sleazebag attorney John Dean. Sorry, no Do Overs - Go back to work!" Trump wrote.

At one point, the House hearing room broke out into laughter, as Rep. Matt Gaetz, R-Fla., grilled Dean for turning Nixon comparisons into a profitable "cottage industry" for himself.

Gaetz began by referencing Dean's 2005 essay, "George W. Bush as the New Richard M. Nixon: Both Wiretapped Illegally, and Impeachably; Both Claimed That a President May Violate Congress' Laws to Protect National Security." Dean, in 1987, had also called the Iran-Contra affair "Major League" for Ronald Reagan, compared to the relatively "minor league" scandal of Watergate.