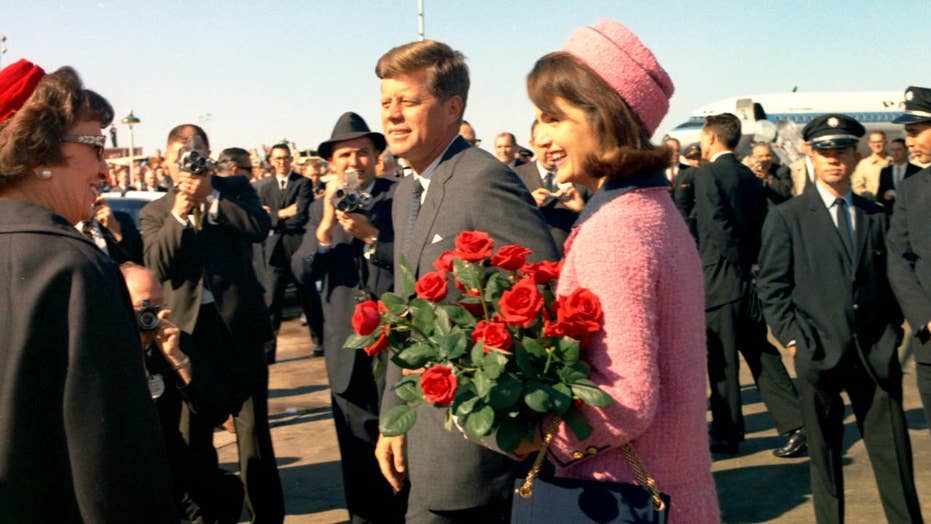 The FBI and CIA are expected to release all documents related to the JFK assassination, unless President Trump believes they harm national security

Fifty-four years after the assassination of President John F. Kennedy, two U.S. lawmakers who lived through the ordeal are calling for the declassification of thousands of pages of long-secret government documents related to his death.

The disclosure, they believe, will answer a question that has for half a century plagued the American public: Did anyone help or have knowledge of Lee Harvey Oswald's plan to kill Kennedy?

"I believe the American public needs to know the truth," said Rep. Walter Jones, R-N.C., who along with Sen. Chuck Grassley, R-Iowa, is leading a congressional effort to declassify thousands of documents and recordings compiled by the CIA and FBI.

"It's still hard for me to believe it was one man, but at the same time I have no proof that it wasn't," said Jones, who watched on live television as Oswald, awaiting transfer to a county jail, was shot by Dallas nightclub owner Jack Ruby two days after Oswald assassinated Kennedy on Nov. 22, 1963.

Decades after Kennedy's assassination, many still wonder whether Oswald acted alone or had help. (AP)

"There's no reason that the information – from a security standpoint – should not be made public," Jones told Fox News. "So much is known about the assassination. Why not close the chapter?"

Jones and Grassley cite a law signed by former President George H.W. Bush mandating the release of all documents related to Kennedy's assassination within 25 years. Under the JFK Records Act of 1992, the National Archives has until Oct. 26 of this year to disclose the remaining files related to the assassination – unless President Trump determines that doing so would be harmful to national security. There are about 3,100 files still unsealed by the National Archives.

Approximately four million pages of records were released to the public in the late 1990s and early 2000s. The CIA and other government agencies can postpone disclosure of the remaining documents but only with permission from Trump.

A CIA spokeswoman told Fox News the agency "continues to engage in the process to determine the appropriate next steps with respect to any previously-unreleased CIA information.”

The Trump administration, meanwhile, said the decision to release the documents is currently under review.

"We have been working closely with the National Archives and other departments and agencies since the beginning of this administration on processes that are consistent with the JFK Assassination Records Collection Act," an official with the National Security Council told Fox News on Tuesday.

Rep. Walter Jones, R-N.C., (left) and Sen. Chuck Grassley, R-Iowa, are leading a congressional effort to declassify thousands of documents and recordings compiled by the CIA and FBI.

"This work continues in anticipation of the October deadline," said the official, who was not authorized to speak publicly on the matter.

The Warren Commission, the independent panel assigned to investigate the murder, concluded in 1964 that Oswald -- a former Marine and self-proclaimed Marxist – was the sole person responsible for Kennedy's assassination. CIA officials had told the commission there was no evidence of a conspiracy that the spy agency could have prevented.

But hundreds of never-before-seen assassination documents released by the National Archives in July show the CIA began to question whether the official conclusion was wrong in the years following the assassination. Of particular concern was whether the CIA had thoroughly probed Oswald's contacts with agents for the Communist governments of Cuba and the Soviet Union.

Oswald had traveled to Mexico City weeks before the murder and visited both the Soviet and Cuban embassies. The Warren Commission said Oswald's stated reason for the trip was to obtain visas that would allow him entry into Cuba and the Soviet Union, but many details about the trip remain a mystery.

"The assassination of President Kennedy occurred at a pivotal time for our nation, and nearly 54 years later, we are still learning the details of how our government responded and what it may have known beforehand," said Grassley. "Americans deserve a full picture of what happened that fateful day in November 1963.

Fifty-four years after the assassination of President John F. Kennedy, two U.S. lawmakers who lived through the ordeal are calling for the declassification of thousands of pages of long-secret government documents related to his death.

The documents unsealed in July also include a 1975 internal CIA memo that raised questions about Oswald's motive. The memo cites a 1963 Associated Press article that ran in a newspaper shortly before the assassination, quoting Fidel Castro as saying, "U.S. leaders would be in danger if they helped in any attempt to do away with leaders of Cuba."

Grassley and Jones, as well as Kennedy scholars, wonder whether the remaining secret documents might reveal clues suggesting Oswald had help – or confirm he acted alone.

"The papers should be released. We, the people, paid for all of this," said Larry Sabato, director of the University of Virginia Center for Politics and author of a book about Kennedy.

"We want to see what they [the government] knew and when they knew it," he told Fox News.

Sabato said he has little doubt that Oswald was the only shooter in Dealey Plaza as Kennedy rode in an open motorcade with his wife, Jacqueline, and Texas Gov. John Connally and his wife.

But Sabato said he questions whether others assisted or had knowledge of Oswald's plot.

"The remaining question is: Did anyone help him or was it merely that people knew and didn't report it in time to save Kennedy's life?"