The State Department revealed Monday that it identified "multiple security incidents" involving current or former employees' handling of Clinton's emails, and that 23 "violations" and seven "infractions" have been issued as part of the department's ongoing investigation.

The information came in a letter to Sen. Chuck Grassley, who is responsible for overseeing the security review.

"To this point, the Department has assessed culpability to 15 individuals, some of whom were culpable in multiple security incidents," Mary Elizabeth Taylor, the State Department's assistant secretary in the Bureau of Legislative Affairs, wrote to Grassley. "DS has issued 23 violations and 7 infractions incidents. ... This number will likely change as the review progresses." 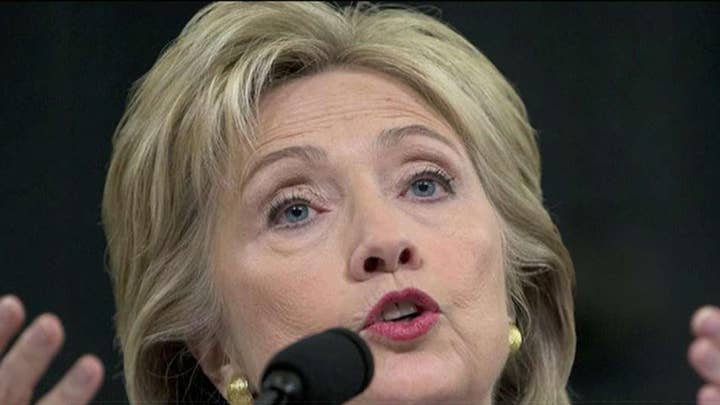 Chaffetz said it appears that Grassley, R-Iowa, is the only lawmaker who is continuing to pursue the matter. He stressed that the State Department has still never identified anyone who lost their security clearance as a consequence.

"I love Mike Pompeo as the secretary of state. I have the greatest respect for him, he's got his very full plate, but he has to personally get involved with this. Some people should be fired, they should lose their security clearances and they should be in jail," he said.

Chaffetz, a Fox News contributor and former chairman of the House Oversight Committee, said the number of incidents reported to Grassley seems "exceptionally low" after three years of investigation.

The State Department, calling the matter "serious," said it expected to conclude the investigation by Sept. 1. The department acknowledged that the probe was unusually time-consuming.

"Given the volume of emails provided to the department from former Secretary Clinton's private email server, the department's process has been necessarily more complicated and complex requiring a significant dedication of time and resources," Taylor wrote.