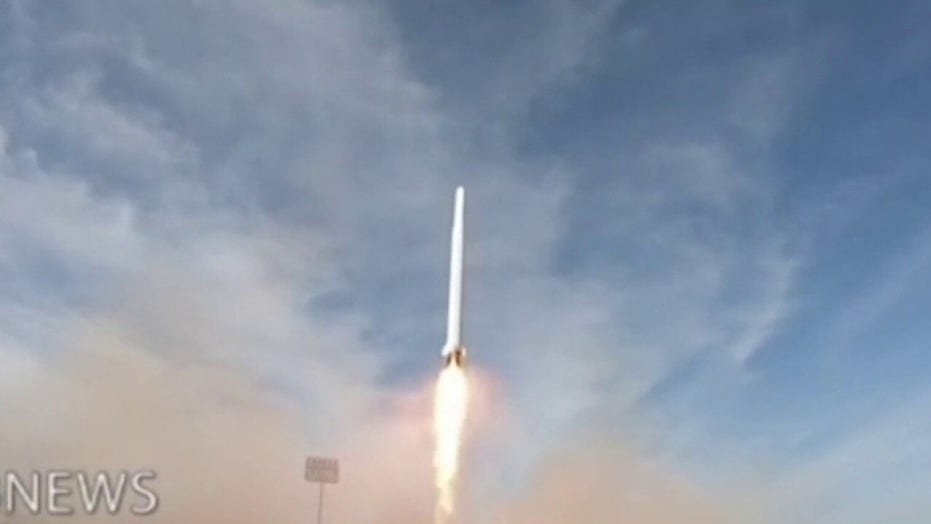 Iranian Foreign Minister Javad Zarif tweeted Thursday that President Trump should focus on treating positive coronavirus cases in the U.S. military rather than the actions of the rogue Middle Eastern nation as tensions have risen between the two countries in recent days.

The provocative comments from Zarif, which came in a tweet, followed aggressive maneuvers by 11 Iranian Islamic Revolutionary Guard Navy vessels in international waters in the Persian Gulf last week, and a tweet by Trump on Wednesday morning that he had "instructed the United States Navy to shoot down and destroy any and all Iranian gunboats if they harass our ships at sea."

"The US military is hit by over 5000 #covid19 infections. @realdonaldtrump should attend to their needs, not engage in threats cheered on by Saddam's terrorists," Zarif tweeted. "Also, US forces have no business 7,000 miles away from home, provoking our sailors off our OWN Persian Gulf shores."

Zarif was referring to Saddam Hussein, the former Iraqi president who before being overthrown by the United States had gone to war with Iran. The tweet was accompanied by a map that noted the U.S. is thousands of miles away from the Persian Gulf, whereas the Persian Gulf makes up most of Iran's shoreline.

But the Persian Gulf also includes large amounts of international waters and is an important trade route that the United States has made an effort to protect — particularly the Strait of Hormuz, which is the gateway to the Persian Gulf. Iran last summer seized a foreign oil tanker in the strait and engaged in other actions that led the U.S. to attempt to form an international coalition to protect the waterway from Iranian aggression.

Military.com reported Wednesday that the U.S. Department of Defense had confirmed 3,578 coronavirus cases within its ranks. Iran, of course, has had its struggles with the coronavirus too. A week ago, its parliament came out with a report that said Iran's death toll from the pandemic was most likely double the officially reported figures because of undercounting and a lack of testing.

In the encounter that angered Trump, prompting his Wednesday tweet, the Iranian ships repeatedly crossed in front and behind the U.S. vessels at extremely close range and high speeds, including multiple crossings of one ship, the Puller, with a 50-yard closest point of approach and within 10 yards of another ship, the Maui's, bow, a 5th Fleet statement said. The confrontation happened in international waters.

The U.S. crews responded by issuing multiple warnings via radio — including five short blasts from the ships’ horns and long-range acoustic noise maker devices, but received no response from the ships, the Navy’s 5th Fleet said in a statement. The Iranians eventually responded to radio queries from the American ships and gave increased the distance between them.

Tensions between the United States and Iran have been simmering for months after the United States killed Iranian Gen. Qassem Soleimani, the head of the Islamic Revolutionary Guard Corps' elite Quds Force, in early January. They were further ratcheted up this week when Iran successfully launched a military satellite into orbit for the first time in its history.

“I like that the president warned an adversary,” Hyten told reporters. “That’s what he’s doing. He’s providing a warning.”