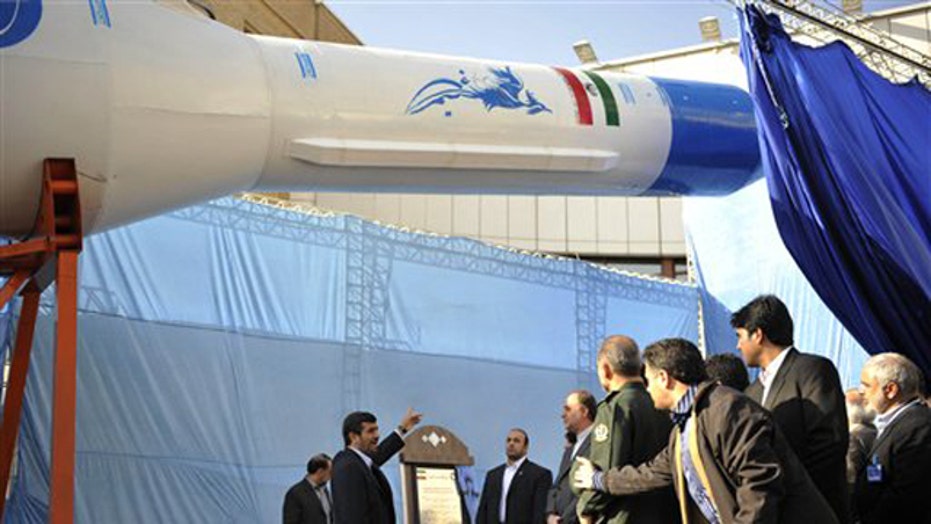 The launch of Iran’s first military satellite has been deemed a success by U.S. Space Command.

Earlier Wednesday, Iran said it launched a military satellite into orbit amid wider tensions with the U.S., a successful launch after months of failures.

“Iran’s first military satellite, Noor, was launched this morning from central Iran in two stages. The launch was successful and the satellite reached orbit,” Iranian state TV reported, according to Reuters.

IRAN SAYS IT LAUNCHED FIRST MILITARY SATELLITE AMID US TENSIONS

On its official website, Iran’s paramilitary Revolutionary Guard said the satellite successfully reached an orbit of 264 miles above the Earth's surface.

The two-stage satellite launch took off from Iran’s Central Desert, the Revolutionary Guard said, without elaborating. The paramilitary force said it used a Ghased, or “messenger,” satellite carrier to put the device into space, a previously unheard-of system.

Earlier this month, President Trump said Iran was planning a “sneak attack” on U.S. troops or “assets” in Iraq, warning that the country will pay a “heavy price” if that happens. The tweet came soon after he attended an intelligence briefing at the White House.

In March, Secretary of State Mike Pompeo said Iran had refused American aid to fight the coronavirus pandemic. Pompeo condemned Iranian leader Ayatollah Ali Khomeini for spreading conspiracy theories that the U.S. was responsible for the outbreak and pointed to Iran’s own mistakes in trying to contain the virus.

The latest tension comes several months after hostilities between the U.S. and Iran that included an attack at the U.S. Embassy compound in Iraq that U.S. officials blamed on Iran. In response, the U.S. carried out a strike that resulted in the death of Iranian Gen. Qassem Soleimani.

Prior to the embassy attack, the U.S. launched airstrikes against an Iranian-backed Shiite militia in Iraq, which the U.S. military said was retaliation for the killing of an American contractor in a rocket attack on an Iraqi military base that it had blamed on the militia.