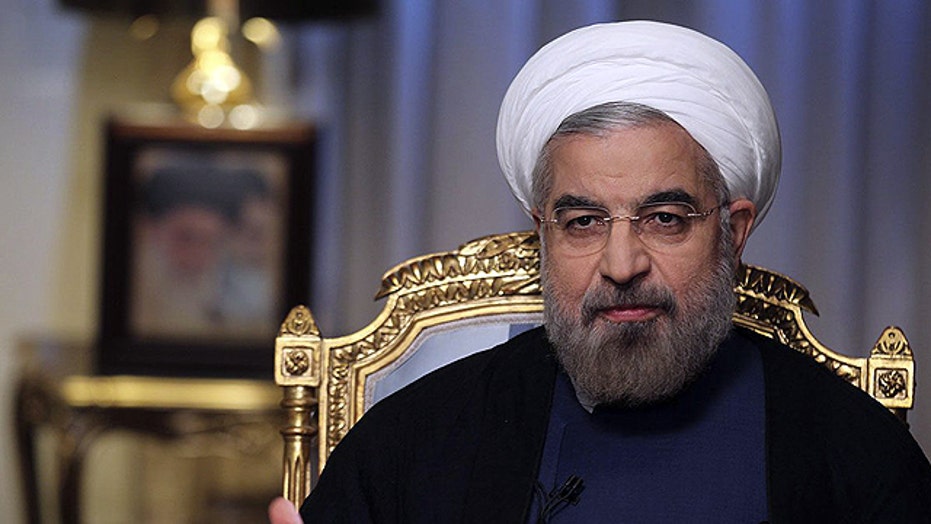 Did the U.S. under Obama 'surrender' to Iran?

Sen. Lindsey Graham sound off on Iranian president's boast that the United States and other world powers 'surrendered' in new nuke deal

Iran's president seemed to be sending a taunting message to the United States via social media. But now he's abruptly pulled back.

On its English-only Twitter feed yesterday, Hassan Rouhani let the world know that President Obama's decision to pursue a nuclear agreement peacefully, while easing sanctions, equals a big win for his country.

The sudden deletion came after U.S. officials denied reports of a secret side deal with Tehran to carry out the nuclear agreement tentatively struck between the two sides in recent days.

The disappearing tweet may have been an effort on Iran's part to lower the temperature once White House spokesman Jay Carney had challenged the importance of Rouhani's remarks during yesterday's press briefing.

"It doesn't matter what they say. It matters what they do," he said.

Rouhani's declaration of western "surrender" was delivered against the backdrop of mounting congressional pressure for additional financial sanctions against Iran. That effort threatens to undermine Obama's push for a nuclear deal beyond the temporary six-month agreement now in place.

The now-deleted tweet could easily raise the temperature on Capitol Hill where 58 Senators (including 16 Democrats) have already signed on to a tougher sanctions bill. So far, the Majority Leader Harry Reid has blocked any vote.

Did we learn anything from the Benghazi attacks? Maybe that more security is needed at our embassies abroad? Think again.

The 1,500-page proposed budget bill on the House.gov website reduces funding for embassy security, construction and maintenance by $224 million.

The spending cuts come just a day after Fox News’ James Rosen reported on newly released government transcripts saying top Defense officials briefed the president on an “attack,” not a video or protest, the reasons originally cited by the administration in explaining the violence.

Pundit Dana Loesch slams the press for not focusing more on the events in Benghazi.