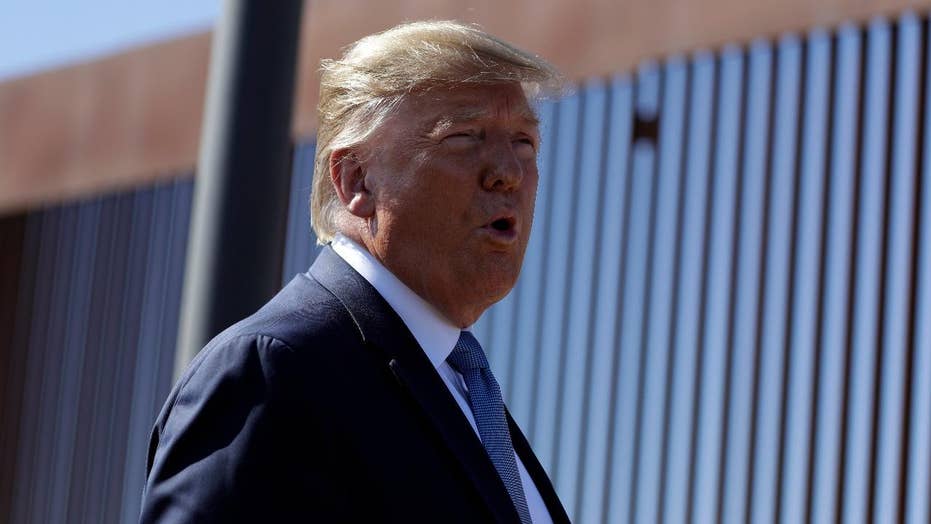 In November of last year, when a caravan of hundreds of migrants approached the U.S.-Mexico border near San Diego, they faced old landing mat barriers erected decades ago. Border agents say the migrants simply trampled over it as they sought entry into the United States to claim asylum.

The situation on the ground is much different now.

As part of President Trump’s campaign promise to build a wall along the southern border, 14 miles of 18-foot primary steel bollard fencing has been built in San Diego, with a secondary 30-foot steel bollard barrier behind that which is approximately 80 percent complete.

They replace the 8-foot landing mats, which were often supported by a steel mesh behind that. The difference is dramatic.

Harrison explained that it’s not a barrier that can be easily scaled: “It’s an intimidating barrier. I'm an old Army guy, I was in the 101st Airborne and I would not try to cross that.”

The project to install 14 miles of replacement barriers began in May 2018 and is now complete. The secondary project began in February this year and it includes two miles of wall that did not exist before, officials say.

Trump visited the San Diego project in September and spoke of it in glowing terms — even signing his name on the barrier.

“So it’s a very powerful, very powerful wall, the likes of which, probably, to this extent, has not been built before,” he said.

How effective the new barrier is being, in terms of both deterring migrants and stopping crossings, is tough to calculate. One thing that is clear is that its erection is coinciding with a sharp decline in apprehensions, although correlation does not necessarily equate to causation. In August, there were 3,326 apprehensions in the San Diego sector, down from 6,880 in March and 5,884 in May.

That reflects a borderwide trend that has seen apprehensions along the border as a whole drop almost 65 percent since May, as part of a multi-faceted strategy from the administration that has included not only barrier construction, but also agreements such as the Migrant Protection Protocols (MPP) -- by which tens of thousands of migrants have been returned to Mexico while they await their immigration hearings.

Harrison said that while the wall makes a significant difference, it is hard to state categorically how much of the decline can be attributed to the wall alone.

“Apprehensions are down in the area, some of that reduction is I believe attributable to the barrier, but...at the same time as erecting that wall, we’re using tools like MPP to reduce entries, we got the Mexican government stepping up their enforcement on their northern and southern borders reducing the number of people coming to the area,” he said. “So it’s a very difficult question.” 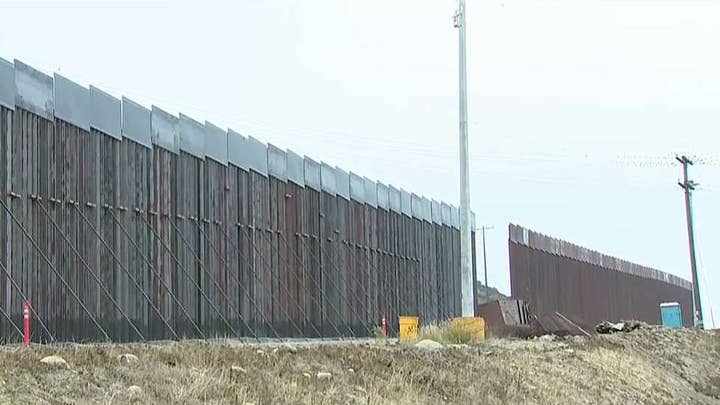 But the barrier not only lowers apprehensions, it allows officers to make apprehensions more safely and closer to the border -- rather than within border communities. Harrison says that, as a result, there has been a surge of construction taking place as better barriers go up, with construction of warehouses, housing, shopping outlets and restaurants.

“Even with the old wall system we had here in San Diego, we’ve got multimillion-dollar developments going up within sight of the border that could not have existed in the environment prior to starting to put that barrier out there,” he said. "There was too much crime, too many people running through.”

But he pushed back on concerns from some Trump supporters who have said that the administration has merely been replacing barrier rather than expanding it. Administration officials have said previously that the timely process of purchasing land has delayed that construction, but there will be more new linear mileage being built in the coming year.

Harrison says this is not merely replacement. It is a completely new system with not only significantly better barriers but with better access and technology to boot that helps agents track down illegal immigrants attempting to enter the U.S.

“In between, we've got all-weather roads that allow our guys to move laterally along the border and these didn't exist until these last few years, so we’re able to move laterally across the border very efficiently,” he said, noting that cameras and sensors have also been added to the barrier.

The project in San Diego is not yet fully complete. After the 14 miles of secondary wall is completed, officials say that they are looking at additional measures, including sealing a gap further back between existing fence and nearby mountains.

The San Diego projects, along with others across the border, are likely to be watched closely by Trump, who will need to assure his base that the "Build the Wall" chant is being delivered upon by his administration.

"It's going up fast and we're putting it where the Border Patrol most wants it," Trump said in a video message last month that likely previews his 2020 campaign message on the subject. "We're taking money from all over because, as you know, the Democrats don't want us to build the wall — they're fighting us at every step."

Trump fended off another effort against the barriers on Tuesday when he vetoed a resolution, passed by both chambers of Congress, that pushed to end his declaration of a national emergency on the border. Trump declared the emergency earlier this year, allowing him to re-direct money to the wall amid a congressional stalemate on the issue.