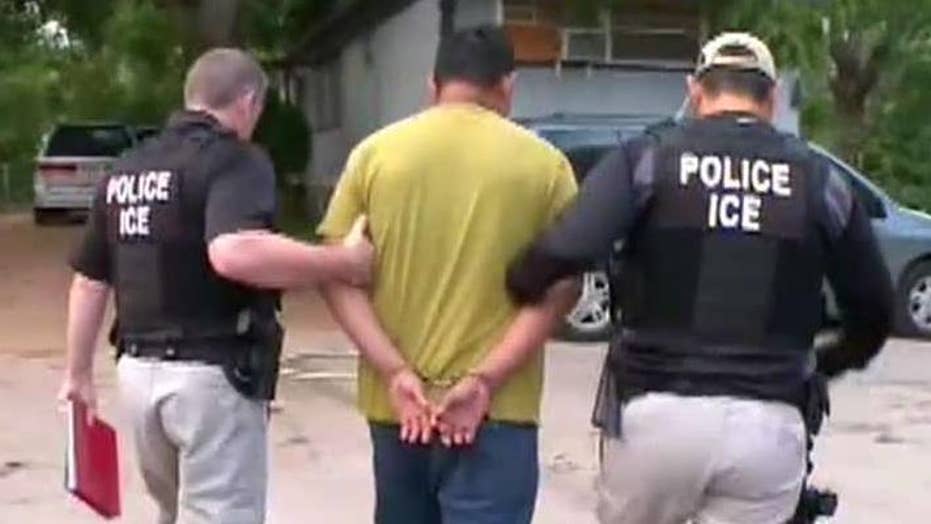 Tom Homan weighs in on an episode of 'How to Get Away with Murder' describing treatment in ICE detention centers as 'inhumane' and torture.'

Immigration and Customs Enforcement (ICE) Acting Director Matt Albence on Thursday warned that a recent court decision that restricts ICE’s ability to issue detainers for illegal immigrants held in custody will endanger the public -- slamming what he called the latest example of “judicial overreach.”

Albence spoke to reporters from the White House briefing room, where he reacted to a September ruling by U.S. District Court Judge Andre Birrote Jr. -- who issued a permanent injunction barring the agency from relying only on electronic databases when issuing detainers. The ruling applies to states that do not explicitly authorize civil immigration arrests using detainers.

The ruling comes amid concerns from advocates that such searches are unreliable. The judge cited ICE data that nearly 800 out of 13,000 detainers between May 2015 and February 2016 were withdrawn because the individual was a citizen or "otherwise not subject to removal."

Last year, ICE deported more than 145,000 criminal illegal immigrants and about 70 percent of arrests ICE conducts occur via a detainer from a local or state jail or prison. Albence warned the ruling would severely hamper ICE’s ability to pick up and deport dangerous illegal immigrants with prior convictions.

“This conclusion is out of step with the realities of modern law enforcement, endangers the public and construes probable cause in an unfairly restrictive way,” he said. “Moreover this decision, issued by a single judge in Los Angeles will impact at least 43 states, threatening communities far beyond the one in which this judge sits.”

The Trump administration has taken a number of legal hits when it comes to its immigration policy, although it has secured some high-profile victories at the Supreme Court in recent months. But Albence warned of continued overreach by federal courts on the area of immigration enforcement.

“While I wish I could say this is an isolated occurrence, it is the latest example of judicial overreach targeting immigration enforcement and the application of laws already passed by Congress, often decades ago,” he said.

“Time and again [Department of Homeland Security] is prevented from exercising authority granted by Congress because of decisions of unelected judges who substitute their judgment for that of our legislature or government officials tasked with enforcing our laws,” he said.

Albence has been sounding the alarm about the dangers of so-called sanctuary cities, whereby local authorities refuse to cooperate with ICE detainers. At a press conference last month, he stood alongside sheriffs as he gave examples of criminals who had been released by sanctuary jurisdictions before reoffending. 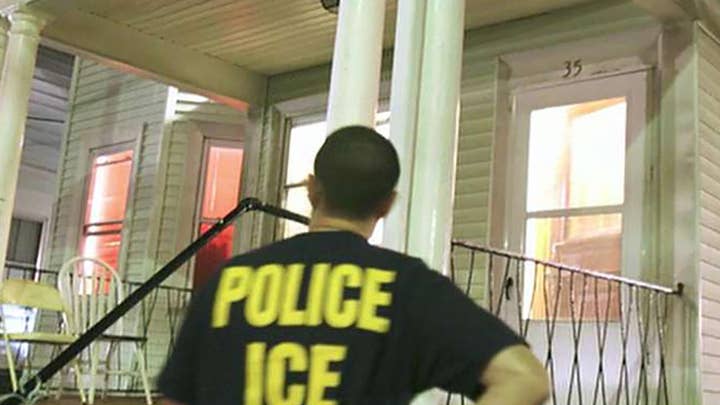 On Thursday, Sheriff Bill Waybourn from Tarrant County, Texas, stood alongside Albence and told reporters that seven percent of inmates in his county’s jails are illegal immigrants -- held for offenses such as murder, sexual assault of children, robbery, kidnapping, and driving while intoxicated (DWI.)

He warned that releasing such people will put communities in jeopardy, noting that 72 percent in custody are repeat offenders.