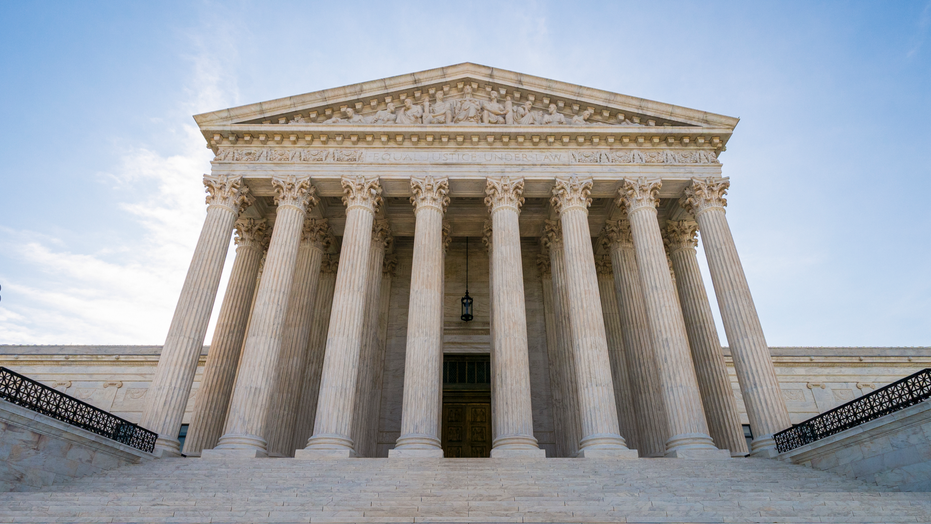 In a major win for the Trump administration, the Supreme Court issued an order late Wednesday ending all injunctions that had blocked the White House's ban on asylum for anyone trying to enter the U.S. by traveling through a third country, such as Mexico, without seeking protection there.

The 9th Circuit Court of Appeals – long a liberal bastion that has been aggressively reshaped into a more moderate court by the Trump administration – handed the White House a partial victory in the case on Monday by ending the nationwide injunction against the asylum policy. However, the 9th Circuit kept the injunction alive within the territorial boundaries of the circuit, which encompasses California, Arizona, Alaska, Hawaii, Montana, Nevada, Idaho, Guam, Oregon and Washington.

The Supreme Court's order was not a final ruling on the policy's merits but does allow the policy to take effect nationwide, including in the 9th Circuit, while the case makes its way through the lower courts.

President Trump tweeted that the ruling was a "BIG United States Supreme Court WIN for the Border on Asylum!" The administration had argued in a brief to the Supreme Court that unless the injunctions were totally lifted everywhere, it “would severely disrupt the orderly administration of an already overburdened asylum system.”

"Once again the Executive Branch has issued a rule that seeks to upend longstanding practices regarding refugees who seek shelter from persecution," Sotomayor and Ginsburg wrote.

They added that they were disappointed the majority failed to exercise "restraint," and instead intervened in the lower-court matter before it was fully resolved.

The White House, however, said the lower court had overreached in an all-too-familiar manner. 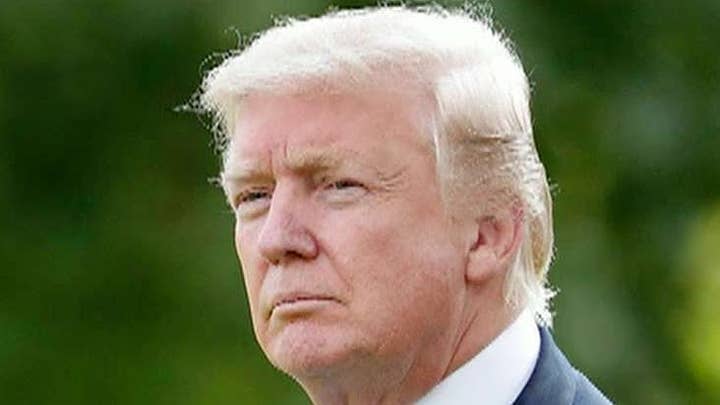 "This greatly helps build on the progress we’ve made addressing the crisis at our southern border and will ultimately make American communities safer," Gidley added. "The district court’s erroneous nationwide injunction was another in a series of overreaching orders that allowed a single, non-elected district court judge to override policy decisions for the entire Nation. While there is much more work still to be done, thankfully the Supreme Court took a decisive step here and rejected the lower court’s egregious ruling.”

The DOJ also said the ruling would "bring order to the crisis at the southern border, close loopholes in our immigration system, and discourage frivolous claims."

“Lives will be lost," Nadler and Lofgren said. "This rule will result in those fleeing fear and persecution to be turned away at our doorstep and will only exacerbate the humanitarian crisis in the [Central American] region. The United States can and must do better.”

The legal challenge to the new policy has a brief but somewhat convoluted history. Obama-appointed U.S. District Judge Jon Tigar in San Francisco blocked the new policy from taking effect in late July. A three-judge panel of the 9th U.S. Circuit Court of Appeals narrowed Tigar's order so that it effectively applied only in Arizona and California, states that are within the 9th Circuit.

That left the administration free to enforce the policy on asylum seekers arriving in New Mexico and Texas. Tigar issued a new order on Monday that reimposed a nationwide hold on asylum policy, citing new evidence.

In his ruling Monday, Tigar stressed a "need to maintain uniform immigration policy" and found that nonprofit organizations such as Al Otro Lado don't know where asylum seekers who enter the U.S. will end up living and making their case to remain in the country.

President Trump said he disagreed with the judge's ruling, and the idea of single federal judges issuing nationwide injunctions in general -- a phenomenon that has exploded under his administration.

Mexican officials and United States Border Patrol officers return a group of migrants back to the Mexico side of the border this past July (AP Photo/Salvador Gonzalez, File)

"I think it's very unfair that he does that," Trump told reporters as he departed the White House for a trip to North Carolina. "I don't think it should be allowed."

White House Press Secretary Stephanie Grisham said in a statement that a sole judge shouldn't have the ability to exert such a broad impact on immigration policy.

"This ruling is a gift to human smugglers and traffickers and undermines the rule of law," she said.

The 9th Circuit Court of Appeals then narrowed Tiger's his order again on Monday by issuing an administrative stay. The high-court action leaves the administration free to impose the new policy everywhere while the court case against it continues.

HOW TRUMP HAS RESHAPED THE 9TH CIRCUIT

The rules issued by the Trump administration in July apply to most migrants who pass through another country before reaching the United States. They target tens of thousands of Central Americans fleeing violence and poverty who travel through Mexico each month to seek asylum in the U.S. and would affect asylum seekers from Africa, Asia and South America who arrive regularly at the southern border.

The shift reversed decades of U.S. policy in what Trump administration officials said was an attempt to close the gap between an initial asylum screening that most people pass and a final decision on asylum that most people do not win.

U.S. law allows refugees to request asylum when they get to the U.S. regardless of how they arrive or cross. The crucial exception is for those who have come through a country considered to be "safe," but the law is vague on how a country is determined to be safe. It says pursuant to a bilateral or multilateral agreement.

In this July 28, 2019, photo, Cameroonians wait in a rented apartment in Tijuana, Mexico, until their names are called to claim asylum in the U.S. (AP Photo/Elliot Spagat)

People are generally eligible for asylum in the U.S. if they credibly fear return to their home country because they would be personally persecuted based on race, religion, nationality or membership in a particular social group.

The vast majority of asylum claims are denied, however, and the administration has said the system is being abused as a means of economic and humanitarian relief when it was intended to be used for limited and extraordinary cases.

Asylum claims have spiked since 2010, and there is currently a backlog of more than 800,000 cases pending in immigration court. Most asylum claims often fail to meet this high legal standard after they are reviewed by asylum judges, and only about 20 percent of applicants are approved.

The Border Patrol apprehended about 50,000 people at the southern border in August, a 30 percent drop in arrests from July amid summer heat and an aggressive crackdown on both sides of the border to deter migrants. The drop was more significant than it was during the same period last year, however, in what officials called a clear sign that its recent agreement with Mexico to curb illegal immigration was working.

"I had an excellent telephone conversation with Andrés Manuel López Obrador, President of Mexico, talking about Southern Border Security, and various other things of mutual interest for the people of our respective countries," Trump tweeted late Wednesday.

He added: "The Southern Border is becoming very strong despite the obstruction by Democrats not agreeing to do anything on Loopholes or Asylum!"

The 64,006 migrants apprehended or deemed inadmissible represents a 22 percent drop from July, when 82,055 were apprehended, and a 56 percent drop from the peak of the crisis in May, when more than 144,000 migrants were caught or deemed inadmissible. While the numbers typically drop in the summer, the plummet is steeper than typical seasonal declines.

The Trump administration has reason for optimism now that the case is back in the 9th Circuit. The San Francisco-based appellate court has seven Trump-appointed federal judges — more than any other federal appellate bench.

The radical transformation of the court, which has 29 seats, is largely the result of Trump's push to nominate conservative judges and bypass traditional consultations with Senate Democrats.

Thirteen of the 29 seats are now occupied by GOP-appointed judges. Last year, that number stood at six.

"Thanks to Trump, the liberal 9th Circuit is no longer liberal," The Washington Post noted earlier this year.