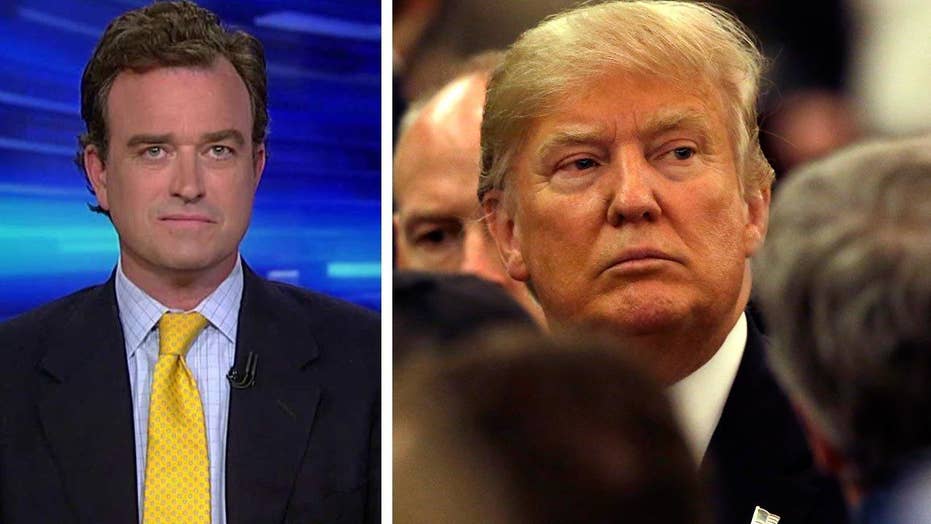 Hurt on Trumps gaffe: 'He has to stop stepping in it'

Charlie Hurt, said Wednesday on Special Report that Donald Trump, 'has to stop stepping in it with things like this'

Charles Hurt told viewers Wednesday on “Special Report with Bret Baier” that Donald Trump, “has to stop stepping in it,” after the Republican presidential front-runner made yet another off-the-cuff controversial remark.

Hurt, a Washington Times columnist and Fox News contributor, was referring to Trump’s comments to MSNBC commentator Chris Matthews in which he said that, if abortions were legal, then women who have them should be punished.

Trump later walked back his comments, and Hurt acknowledged that may be enough for Trump in this unique election year.

“I think one of the things that's so puzzling to us about why he does not get punished for making these statements is, that a lot of people hear it and they feel like, yeah he's working through the problem in front of us, but they think he's talking plainly, because he doesn't have the political pat answer for everything they give him a lot of forgiveness,” Hurt said.