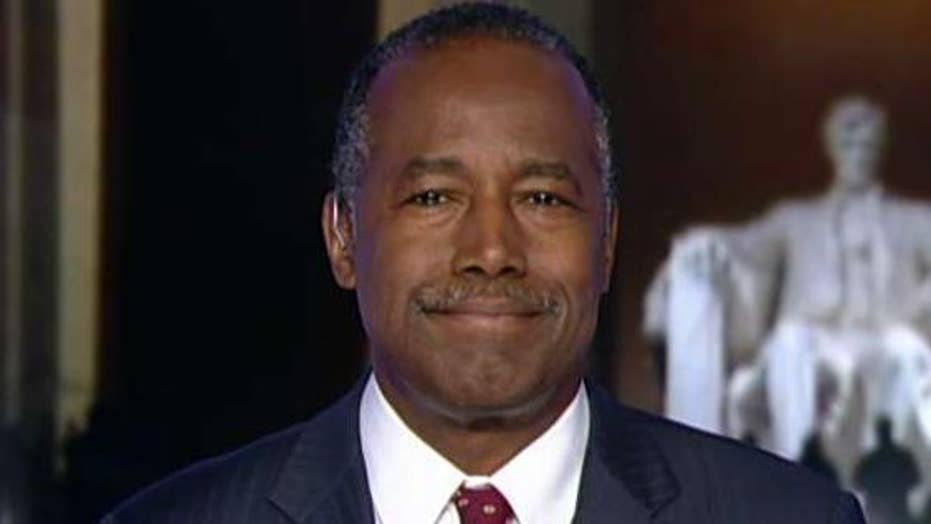 Housing and Urban Development (HUD) Secretary Ben Carson on Tuesday explained to Tucker Carlson the reasons behind a proposed rule change that would strip illegal immigrants of public housing aid.

Section 214 of the Housing and Community Development Act “states that the secretary of HUD is prohibited from providing housing assistance to people who are in the country illegally. And what people sometimes don't understand is that we have millions of legal Americans in line waiting for these very scarce resources,” he said.

Carson faced harsh criticism from Democrats on Tuesday, as he fielded questions over the policy at a Capitol Hill hearing.

NEWT GINGRICH: HUD CHIEF BEN CARSON PROTECTS POOR AMERICANS AND ENFORCES THE LAW  – WHY IS THAT A PROBLEM?

The policy, first passed into law in 1980, states that most noncitizens are prohibited from applying for and obtaining federal financial housing assistance.

Carson, talking to Carlson, was quick to defend and explain the proposal. “So, you know, for them to suggest that I should break the law, what is the real implication? That we can just pick and choose the laws we want to enforce and embrace? Of course, we feel sympathy for people. Of course, we don't want anybody out on the streets. But the real thing that is hurting people is our failure to address this immigration system. The rules that are drawing people here and keeping them here and so unfair to American citizens paying taxes and working here.”

He said the American immigration system is broken: “It can't work," Carson insisted, "when we have perverse incentives drawing people here.”

The current system lets families of mixed immigration status receive a prorated amount of assistance for those who are citizens or legal residents.

Carson said the situation is akin to that facing airline passengers, who are told that if emergency oxygen masks should drop down during a flight, "put yours on first and then assist your neighbor."

"Obviously," he said, we need to take care of our people. It doesn't mean that we are not compassionate people. It means we are logical people.

"Let's take care of our people.”