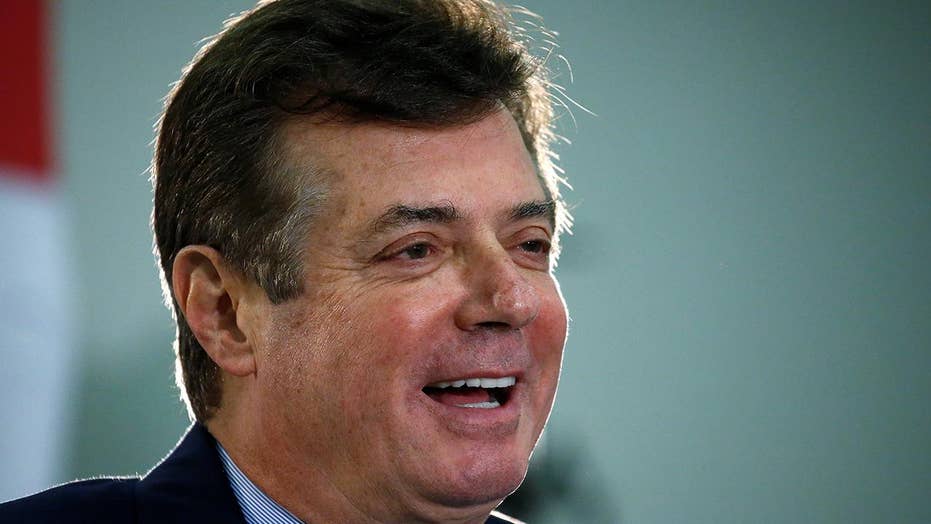 Who is Paul Manafort?

Paul Manafort's prison stay was extended Wednesday — nearly a week after he was sentenced to 47 months on bank and tax fraud charges in a separate case. The former Trump campaign chairman is now slated to spend a total of 81 months in prison.

He was given extra prison time at his second sentencing in connection with his guilty plea related to foreign lobbying and witness tampering.

In August, Manafort became the first Trump campaign associate to be found guilty by a jury as part of Special Counsel Robert Mueller’s long-running probe. He was convicted of eight bank and tax fraud charges at that time.

Manafort has been the subject of an investigation over his dealings in Ukraine several years ago — he didn’t file as a foreign agent until June 2017. But Mueller has incorporated that investigation into his probe of Russian meddling in the 2016 presidential election and possible collusion with Trump associates.

Manafort was convicted on multiple counts of financial fraud last year in connection with his Ukranian work, and is in prison. In November, Mueller accused Manafort of lying "on a variety of subject matters" since his plea deal, thus violating that agreement.

Read on for a look at Manafort's work with the Trump campaign and how he is connected to the Russia investigation.

What kind of foreign work did Manafort do?

A GOP operative who worked for former Presidents Ronald Reagan and George H.W. Bush, Manafort reportedly began his work in Republican politics in the 1970s.

Eventually, Manafort was hired by former Ukrainian President Viktor Yanukovych, a controversial pro-Russia politician who was ousted from power twice. After Yanukovych was elected president in 2010, Manafort reportedly stayed on as an adviser and worked on other projects in Eastern Europe, including the Party of Regions political party.

Manafort also worked for Russian billionaire Oleg Deripaska. In 2005, Manafort allegedly came up with a plan to influence U.S. politics, business dealings and the media in order to “greatly benefit the Putin government,” according to The Associated Press.

Deripaska is a close ally of Russian President Vladimir Putin, and signed a $10 million annual contract with Manafort in 2006; they maintained a business relationship until at least 2009.

Financial records obtained by The New York Times indicated that Manafort was in debt to pro-Russian interests by up to $17 million prior to joining Donald Trump’s presidential campaign.

He also took more than a dozen trips to Moscow and frequently talked to Putin allies over a period of about 10 years, McClatchy reported. He traveled to Kiev at least 19 times in 20 months after the February 2014 removal of Ukraine’s pro-Russia leader.

How was Manafort involved with Trump's campaign?

Manafort’s resignation from the campaign was announced on August 19, 2016, after The Times reported that he'd received $12.7 million in undisclosed cash payments from Yanukovych’s pro-Russian party between 2007 and 2012.

Manafort and Donald Trump Jr., the president's eldest son, met with Russian lawyer Natalia Veselnitskaya in June 2016. She reportedly was said to have damaging information on Trump’s campaign rival, Hillary Clinton, which was "part of Russia and its government’s support for Mr. Trump."

What was Manafort charged with?

Former Trump campaign chairman Paul Manafort, one focus of Special Counsel Robert Mueller's investigation into alleged Russian meddling in the 2016 presidential election, hides behind a car visor as he leaves his home in Alexandria, Va., after being asked to surrender to federal authorities. (Reuters/Jonathan Ernst)

Along with his former business associate Rick Gates, Manafort was initially indicted in October 2017 on multiple counts that included: conspiracy against the U.S., conspiracy to launder money, false statements and failure to file reports of foreign bank and financial accounts.

Nearly four months later, in February 2018, the pair were hit with additional tax evasion and bank fraud charges. These charges involved much of the same conduct Manafort and Gates were initially accused of, but the amount of money Manafort said to have laundered through offshore accounts increased to $30 million.

Manafort was found guilty of eight counts in August in the first trial victory for Mueller's team. The judge declared a mistrial on 10 other counts after jurors failed to reach a unanimous verdict.

In September, Manafort pleaded guilty as part of an agreement with Mueller's team ahead of his second trial. According to Politico, the plea deal includes a 10-year cap for how long Manafort will be in prison. It also includes allowing Manafort to serve his time for both trials concurrently.

He received a nearly 4-year prison sentence on March 7 after a federal jury in Virginia convicted him on eight counts of bank and tax fraud last year. A week later, on March 13, he received an additional three and a half years on foreign lobbying and witness tampering charges.

Manafort previously maintained his innocence despite all of the charges brought before him — but he has since expressed remorse for his actions.

"I am sorry for what I have done and all the activities that have gotten us here today," Manafort said in a written statement in March, begging a judge for mercy.